The official Skype app for Android has been handed a useful update, with tablet users running Google’s mobile operating system now able to enjoy picture-in-picture video calling capabilities. The new feature is somewhat based on the Snap View found in Windows 8.x, and will certainly enhance the general usability of Microsoft’s popular chat service. Full details, as well as the download info, can be seen after the break.

The picture-in-picture integration will allow Skypers to use their tablet while continuing to video chat. So even if you wish to browse the Web, play games or catch up on your emails, you can do so without your conversation getting in the way. 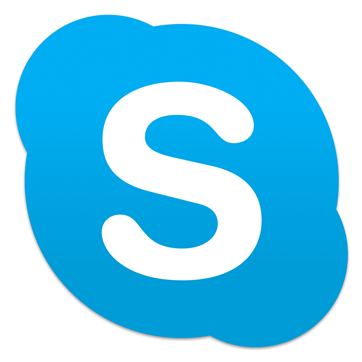 Tablets offer us way more than they’re often sometimes credited for, and thanks to the Android multitasking, one can enjoy the benefits of Skype while continuing about your other daily digital errands; be it a productive task such as an essay, or kicking back to a little Cut the Rope.

The PiP feature is undoubtedly the marquee feature of this particular update, there’s also a novel new pinch to browse feature, which works alphabetically so you can easily scan through and source your contacts without endless scrolling. Granted, it’s not a particularly ground breaking implementation, but any little tweaks that aid the general functionality are definitely most welcome. 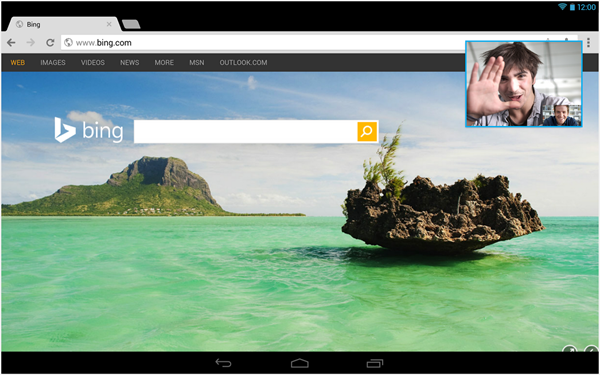 Along with the two new features, you also get your steady dose of bug fixes and performance enhancements, so even if the new feature’s don’t necessarily pique your interest, it’s still worth picking up the latest edition for the sake of improved general performance.

If you already have the Skype app loaded onto your device, then the update will be forthcoming, and if you haven’t simply head to the Play Store app on your home screen, or check the direct link provided below. 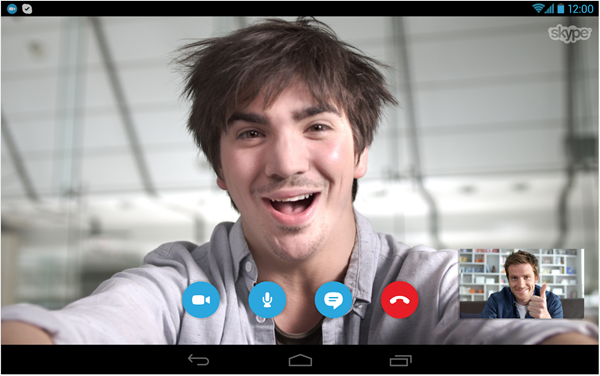 This is just the latest in a tidal wave of updates Microsoft has been pushing to Skype of late, and although some claimed that the Redmond paid too high a price for the acquisition of the VoIP software and services, we’ve already seen quite a sizeable expansion of Skype across a myriad of platforms since it’s been in the Windows maker’s hands.