Siri Gives Singing Another Shot, Sings A Song By The Flaming Lips

Musical preference is a very unique thing, and as the old saying goes, there are ‘different strokes for different folks’. Besides, diversity is what makes this world a beautiful place to live in, so surely it would be a bit boring if we all liked the same sounds, or if bands, all made the same songs? If you happen to be a fan of the more eclectic musical genres, then it is quite possible that you are already familiar with one of Oklahoma’s alternative rock bands.

If your musical taste is somewhat mainstream, then let me introduce you to ‘The Flaming Lips’, a psychedelic, alternative rock band hailing from Oklahoma City. Probably not the type of music you are going to see featured on Billboards top 40 anytime soon or adorning the front cover of Rolling Stone magazine in the near future, but their latest track is likely to strike a chord with millions of Apple fans around the globe. 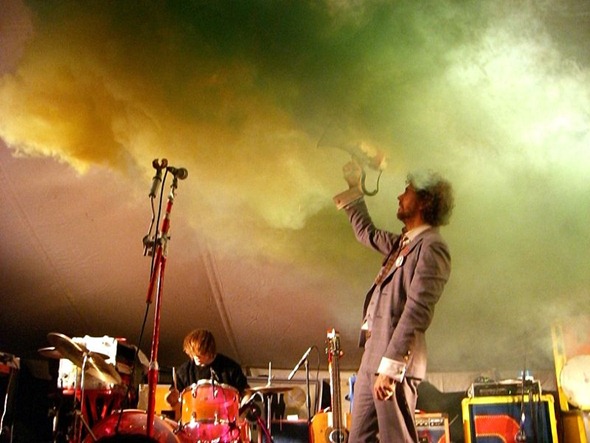 The band have already proven themselves to be big Apple fans in the past, with lead singer Wayne Coyne choosing to make a cover of the Beatles classic ‘Revolution’ and recorded it on an iPad in memory of the late, great Steve Jobs who was a huge Beatles fan. The latest musical release by The Flaming Lips certainly falls under the psychedelic category and not only features lyrical work by singer-songwriter Erykah Badu but Apple’s intelligent voice analysis software Siri also features heavily on the track.

The track, called ‘Now I Understand’ is being labeled as a sound construction piece, and will only be available for one week. Siri plays a prominent role on the song, and whilst most iPhone 4S owners are used to turning to Siri for help and assistance, she seems particularly confused on the track as she doesn’t seem to understand ‘the mood, the stars and the sun’. Luckily for her, and for us, Erykah Badu makes a perfectly able teacher and educates Siri on everything she needs to know.

The track certainly borders on the side of unique, and is not quite like anything I have heard before. But within three days we have seen Siri being featured on the Big Bang Theory on CBS, and now throwing down some lyrical content in a rock song, could it be that the software based assistant is spreading her wings ready for a career outside of Apple hardware? Well, actually no, but it does make for some good light hearted fun so make sure you check out the song below because after a week it will be gone.