Siri Takes A Shot At Rapping, Nails It [VIDEO]

Well folks, it doesn’t really get anymore random, weird or indeed wonderful than this. Coming out of the Music Hack Day 2011 in London, this video shows one iPhone 4S and Siri laying down some beats ala Notorious B.I.G.. The track of choice? Hypnotize, and we’re sure you’ll be hypnotized by the performance, too. 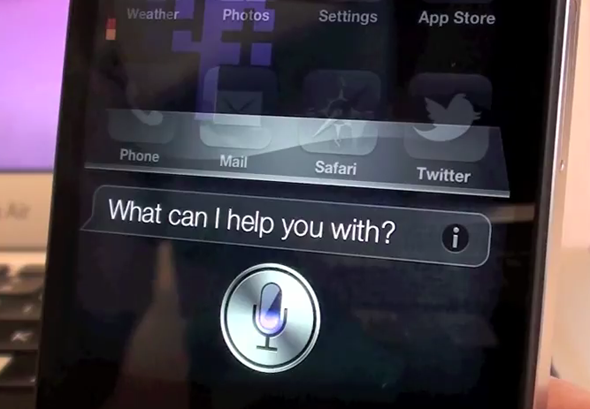 Anyone who has been keeping a cursory eye on the world of Siri hacking of late will not be even remotely surprised to learn that Siri’s sudden musicality comes courtesy of SiriProxy. What SiriProxy does is allow users to send requests to a server instead of Apple’s systems, meaning pretty much anything can be accomplished if you have the coding chops to do it.

The creator of this particular musical genius, Robert Boehnke, tells how he went about teaching Siri to sing, and yes, SiriProxy to the rescue.

SiriProxy is used to intercept the communication with Apple’s servers. Based on your song request, Notorious Siri then sends your choice of Notorious B.I.G.’s Hypnotize and an a-cappella rendition of Queen’s Bohemian Rhapsody to the device (the latter requiring 4 iPhones 4S).

Siri’s speech synthesis is synced to the beat using the timestamps obtained from the Echonest API which were then manually tweaked, to smooth out delays in the text-to-speech engine.

We would call that super awesome, but we just are not sure that those words do it justice. If you’ve watched the video, we’re sure you’ll agree.

This use of SiriProxy shows once again that there appears to be no end to what can be done with Siri, a server and a bit of technical know-how. We have already seen people have Siri interact with cars and whole home automation systems, and it is only getting stronger. We suspect we are well on course for Siri to become self-aware early enough to put the world out of its misery before the end of 2012!

Quite where Siri goes from here, we aren’t really sure. We are hoping to see Siri hosting the Oscars next time around, and it is common knowledge that Apple’s digital assistant was solely responsible for getting the US basketball kerfuffle under control, right?