The Touch Bar might not have been the huge hit Apple expected, but whether or not you have a MacBook Pro with one built in you will soon have the chance to take it for a spin thanks to macOS 10.15 Catalina’s new Sidecar feature.

Apple announced Sidecar as a feature belonging to the new macOS update during the WWDC opening keynote last week, with users able to take advantage of the new addition to turn their iPad into an external touch-based monitor for their Mac.

As people with both iPadOS 13 and macOS 10.15 Catalina betas installed have noted, Sidecar surfaces Touch Bar controls on the iPad for those apps that support them. The new controls appear at the bottom of the iPad’s display and work just as they would if they were part of the MacBook Pro’s original, built-in Touch Bar.

Apple didn’t make this fact clear during its presentation and it is one that will likely divide users as much as the physical Touch Bar does. Many say they never use the Touch Bar while others swear by it. We’re somewhat ambivalent at best, but regardless Sidecar itself looks set to be quite the feature when iPadOS 13 and macOS 10.15 Catalina ship later this year. 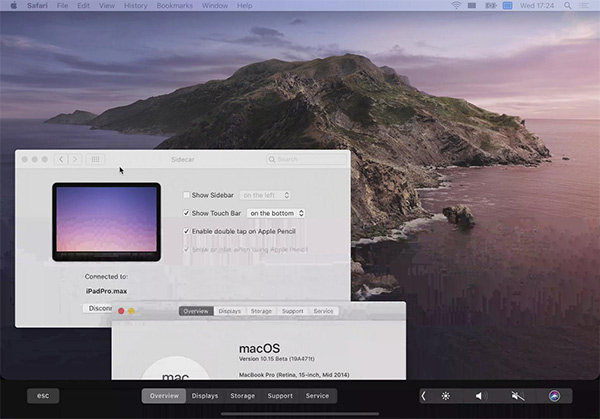 Both updates are currently available as early beta builds with a final public release expected in September – right around the time Apple will also be announcing new iPhones, too.