Sharp has officially tipped its hat into the world of foldable phones. Companies are falling over themselves to try and showcase what could be possible as far as folding phones go and now Sharp, the Japanese company which is essentially non-existing in the Western smartphone market, is showing off a foldable clamshell concept design.

The idea of a foldable smartphone is an extremely interesting and intriguing one. We’ve talked about them for years without seeing any real action but all of that is starting to change now. 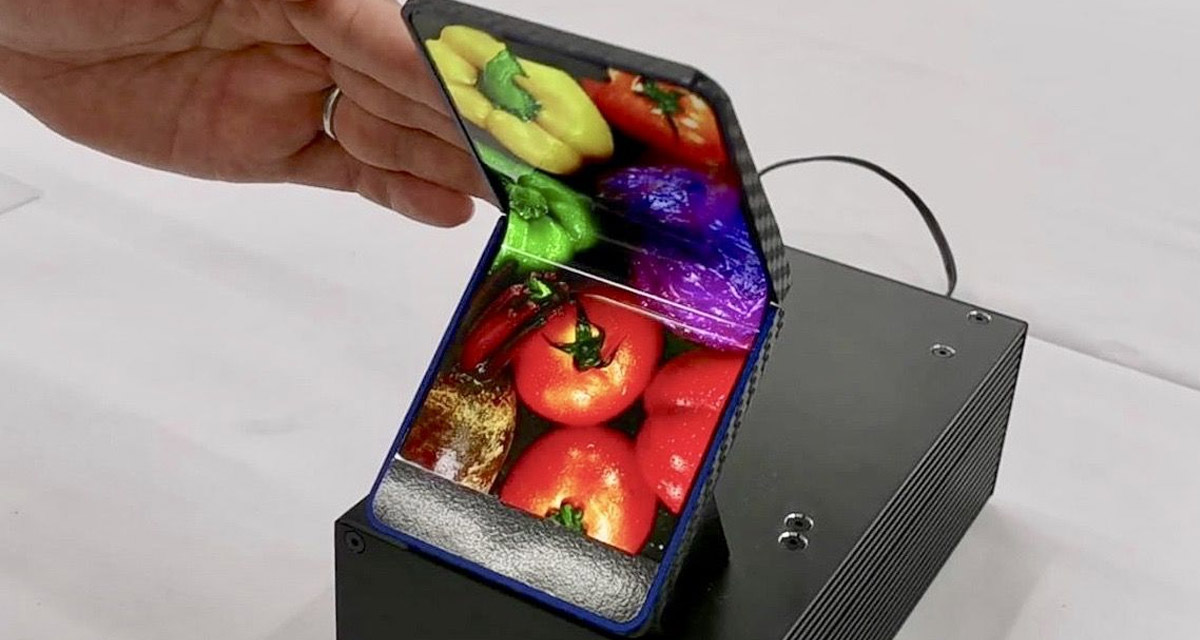 Samsung has already shown off a device which has captured people’s imaginations. Now, Sharp is looking to flex its muscles in that area by giving us a glimpse of a clamshell-esque design which focuses more on maximizing pocket space or space in a bag rather than giving the consumer a lot more screen real estate to play and interact with.

When it is unfolded, the Sharp concept features a stunning Sharp display which is approximately 6.18-inches diagonally. With foldable devices, you immediately get the impression that companies would look to have huge displays available which could then be folded to make a smaller more compact and transportable device.

Sharp has tackled the problem from a different perspective, and, as such, has come up with a device which just conforms to normal expectations in today’s market as far as size is concerned, but which can be folded in half to make it smaller and easier to carry.

Motorola and TCL have taken a similar approach when presenting their ideas for foldable devices but neither are quite as clamshell-esque as this Sharp concept.

Because this is a concept, it’s likely that Sharp intends to show off its impressive displays rather than signify its intention to actually try and penetrate the smartphone or foldable phone market with a device that it thinks could be globally successful on a commercial scale.

With that said, it seems that the company could definitely do a sterling job of providing foldable displays for a manufacturer which did want to seriously take on the challenge of designing, releasing, and marketing a foldable phone with a clamshell design. We have our money at the ready for any company willing to take that challenge!