World-famous watch maker Seiko is all set to introduce a limited number of Chariot series watches, as made famous by Steve Jobs in a 1984 Norman Seeff portrait featured on the cover of Time Magazine.

The famous Japanese watch maker has teamed up with Tokyo-based Nano Universe to not only manufacture the Steve Jobs version of the Chariot watch, but to also allow it to be distributed in limited numbers to the general public looking to own a slice of historical nostalgia. 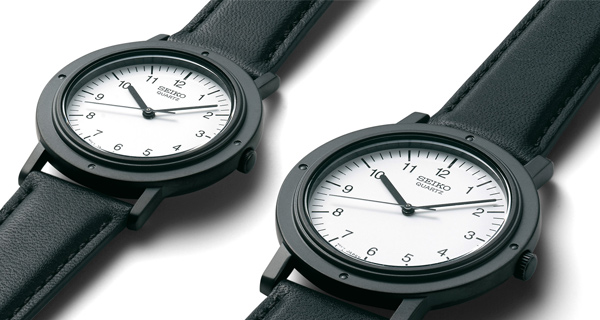 Anyone who’s a fan of Steve Jobs, or Apple’s meteoric rise to become the world’s richest company, will likely be well aware of the portrait shot by Seeff which was ultimately used to showcase Jobs and the Macintosh in Time Magazine.

The photo itself shows former Apple CEO and co-founder Jobs sitting alone in his California home holding a Macintosh in his lap as he rests his arms on it. This is now only an extremely candid and revealing shot of Jobs in his own home, but also a shot taken at a pivotal point in Apple’s journey as a company.

In the image you can clearly see that Jobs is not only wearing jeans and a dark long-sleeved jumper – a look that became synonymous with the Apple founder – but he also has a visible watch on his left wrist. That watch is an original Seiko Chariot, with the model actually being owned by Steve’s estate and sold just over 12 months ago for an impressive $42,500.

Not all of us can afford to part with $42,500 to own a watch, so Seiko is attempting to recreate the product line by reproducing a range of 33mm and 37.5mm models. The watch maker will manufacture 1,982 units with a white face, and an additional 300 units with a black face, all of which will retail for around the $180 USD mark.

Of course, as we have learned multiple times previously, all interesting and good things generally come with some kind of catch, and this time is no different. Seiko will only be making the limited edition watches available within the Japanese market, starting from this coming March 10th. If you’re interested in ownership, make sure you keep a keen eye on secondary sales channels like eBay.