Duncan Ironmonger, CEO & Founder of Scuf Gaming, has just announced and unveiled an insane professional-level and modular wireless controller aimed at hardcore PlayStation 4 gamers. Dubbed SCUF Vantage, the controller has been developed under the official PlayStation Official Licensing Program and will launch later this year.

Any purchase of a PlayStation 4 will generally come equipped with Sony’s own DualShock 4 controller in the box. Granted, this controller is cutting-edge and will generally offer everything that the average gamer needs when playing FIFA online or going head-to-head with other gamers in a Call of Duty multiplayer environment.

However, the professional gamers out there, or just those who require a little more bang for their buck from an in-game performance and capability perspective, could definitely do with casting their eyes upon the new performance controller which has been built “from the ground up” for PlayStation 4:

We have good news for the competitive gamers out there! We’re excited to introduce SCUF Vantage – a new officially licensed controller that was built from the ground up for PlayStation 4. Now gamers seeking a performance controller can enjoy a wide range of customization options that optimize comfort and gameplay performance, delivering both precision and flexibility for a variety of playstyles.

Like Microsoft’s own Xbox Elite controller, the main selling point of the Vantage will be the fact that it offers additional configurability and personalization for players who want to adapt their physical controller to match their own gaming styles. It comes with a removable faceplate that makes it super easy to change out buttons and thumbsticks, as well as advanced audio control for wired connections. It will also be possible to pull out the internal vibration module to lighten the physical weight of the controller for those gamers who think lighter is better from an efficiency perspective. 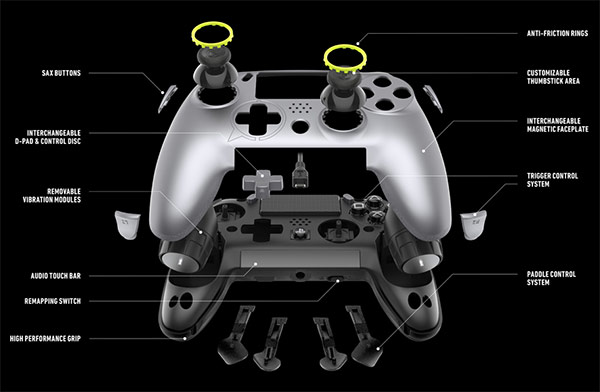 The Scuf Vantage will offer a paddle control system with four removable back paddles. A quick-access remapping switch as well as adjustable hair triggers, and even a choice of D-pads as well as a magnetically interchangeable faceplate. 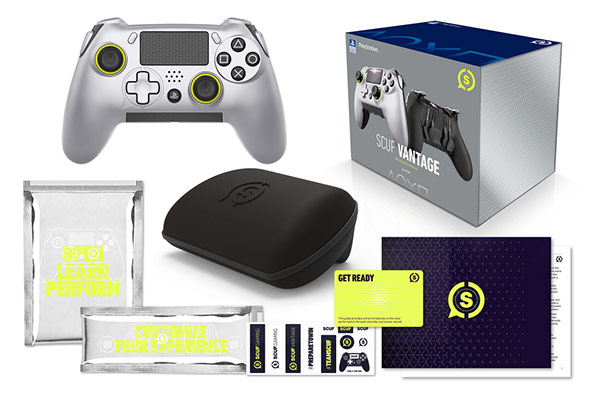 Scuf Gaming plans to ship its new controller during the summer of 2018 with two configurations. The wired-only USB version will cost $169.95 and the wired Bluetooth variant will set you back $199.95. Both models are available to pre-order right now from scufgaming.com and gamestop.com.