The Sony Portable Pico Projector is one of the most recognizable portable projectors around. It’s super small and with a boot time of less than five seconds, it can be up and running in no time. And right now you can save $100 on one, too.

Normally the Pico Projector would cost around $400, but right now you can save some cash and pick one up for just $299.99 on Amazon. That’s pretty much the cheapest we’ve seen the projector sell for to date.

Pocket-sized portable projector. It weighs less than 1lb !
Ansi 105 lumen for bright and dynamic pictures by IntelliBright technology for up to 120” screen– short-throw and automatic Keystone correction
Built in 5000mAh battery with a 2 hrs cable free operation

Being portable, this projector runs on batteries which give you around two hours on a single charge. There is also support for HDMI connectivity so you won’t struggle getting images into this thing, either. Beyond that, you can get those images onto something as large as 120-inches if you so choose, and while the 480p resolution may seem subpar, it’s more than enough for throwing huge PowerPoint presentations onto a wall. 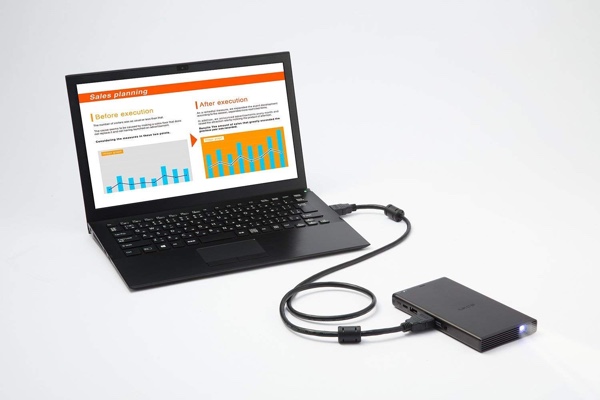 You might be unlikely to use this projector on a movie night, but if you’re in a conference room a lot and need to get your next big idea up onto a huge screen, this is going to be right up your street. And because it’s so small and weighs just 10 ounces, it’ll sit in your notebook bag without driving you insane as well.

People who use this projector seem to really enjoy it and we’re sure you will, too.