We’ve seen the explosion of smartphones and the meteoric rise of tablets in the last six years. We’ve also seen the likes of Apple and Samsung create a whole new category of product with wearables and hardware like the Apple Watch. We’re currently witnessing the emergence of the smart home with home automation products, followed closely by new, smart vehicles as well by the likes of Tesla and others. Now it seems like we’re also about to welcome in the era of smarter vehicle tech thanks to Samsung and its new Samsung Connect Auto dongle.

While we already have smart vehicles on the road most notable of which comes in the from of Elon Musk’s Tesla Motors. However, those vehicles are new and shiny, and are generally extremely expensive and unobtainable to most as they exist on the cutting-edge of vehicle technology. Samsung is looking to bring a level of intelligence and retrospective connectivity to every day vehicles with the Samsung Connect Auto by making use of the OBD-II Diagnostics port that has been built into most vehicles over the last 20 years. 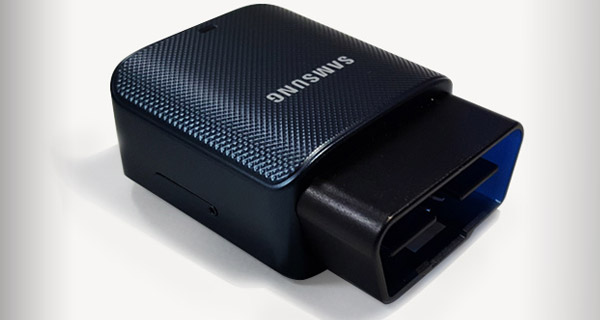 The introduction of the Samsung Connect Auto isn’t intended to directly compete with overtly intelligent vehicles that have been designed and built with the modern era in mind. It is however intended to bring 4G connectivity to the vehicles by making use of the OBD-II Diagnostics port. The Tizen OS-powered little dongle will instantly be able to turn the vehicle into a Wi-Fi hotspot, allowing additional devices to connect to it for seamless Internet access whilst on the move. Samsung will also be issuing a neat little “Find My Car” app in the future that will allow owners to find their car by utilizing the positional data of the dongle.

The functionality also extends beyond simple 4G LTE connectivity by making use of the intended purpose of the OBD-II Diagnostics port. The Samsung Connect Auto will also be able to monitor fuel consumption and distances traveled per journey to give the driver an indication of how they are driving and how the vehicle is performing, a feature that isn’t exactly new, but one that older vehicles do lack. The built-in “virtual mechanic” can also instantly provide real-time alerts to the user in the event of a vehicle needing a checkup or a requirement for maintenance. 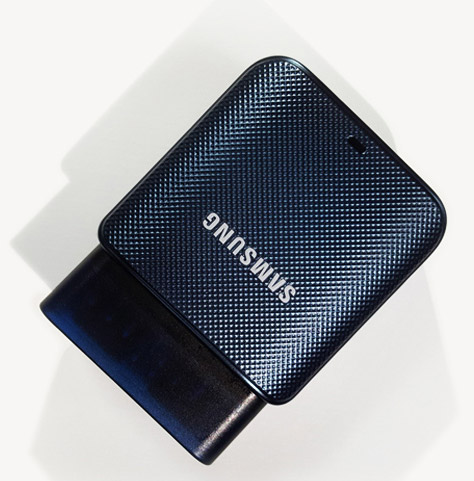 The Connect Auto is secured by Samsung’s own KNOX technology, and will launch in the United States during the second quarter of 2016 with support from AT&T as the network provider.