There’s always going to be a little bit of discontent when you love the smartphone offerings of one company and one platform, but prefer the tablet or smartwatch creations being built by a competitor. Such is the nature of this industry, that hardware built on competing platforms will likely have some compatibility issues that can cause problems. If you have your heart set on Samsung’s new Gear S2 smartwatch, but prefer to let Apple handle your smartphone needs with its iPhone, then there is some good news for you on the compatibility front.

According to a new report, which cites an official Samsung spokesperson whose identity has obviously not been disclosed, the company is actively working on bringing full support for the Gear S2 watch to Apple’s iOS platform. 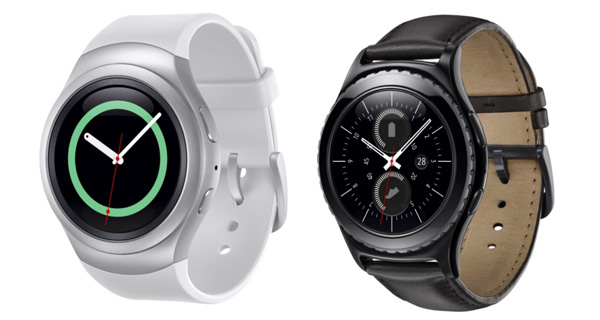 The internal decision to cater for those with an iPhone or iPad will see Samsung following the example set by the Android Wear team which had just recently released an iOS app for all Android Wear devices, bridging the gap between the two platforms.

The decision is not only great news for smartphone owners on all platforms, but actually comes as a shock. Samsung’s previous smartwatch creations have only been compatible with the South Korean company’s own range of smartphones and tablets. With that said, the Tizen-powered Gear S2 represents a new breed of powerful watch hardware, and since it has been announced that it will offer full compatibility with all Android smartphones, it is only right and proper that Samsung tries to make some inroads into the iOS crowd as well.

Android smartphone owners will be instantly able to connect their device to the Gear S2 when it launches next month. As long as the device in question has at least 1.5GB of RAM and is running Android 4.4 KitKat or above, it should be golden. However, iOS owners may have to wait a little longer to be able to get that Tizen device connected to their iPhone. If this does happen, it would be the first time that a Samsung smartwatch has offered compatibility with Apple’s iOS platform, at least officially anyway, but Sammy has so far been reluctant to put any type of time scale on when this will be the case.