Despite having something of a terrible last couple of weeks what with the San Jose court case, today’s press regarding Samsung has been all positive thanks to the company doing what it does best – talking new gadgets. As well as the Galaxy Note II  and the ATIV S Windows Phone 8 smartphone, which we discussed in an earlier post, the Korean outfit has also showcased a couple of new tablets, and here, we give them the once-over.

Like Microsoft with the Surface, Samsung is deploying a two-tier tablet system, with a smaller slab running the tablet-specific edition of Windows 8, and a stronger, hybrid device including the associated bells and whistles.

The first of the line-up, announced today at IFA 2012 in Berlin, is the Samsung ATIV Tab, which is designed for those looking for a user-friendly, entry-level Windows 8 slate. As such, it will run Windows 8 RT, and pack in a bunch of reasonably-strong specs to keep things ticking over including a 1.5GHz dual-core processor and 2GB of RAM. 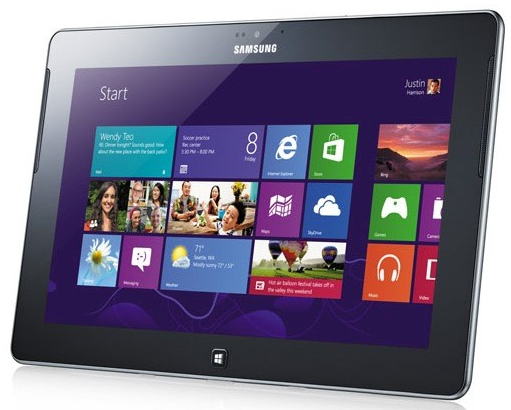 Meanwhile, the Series 5 and Series 7 Slates will offer S Pen-based apps, as well as optional keyboards, potentially creating that rich, hybrid experience offered by the high-end Surface and earlier-announced Sony VAIO Duo 11. Docked with the keyboard, it looks uncannily like a MacBook Air with a black bezel, although has the obvious advantage of doubling up as a tablet. 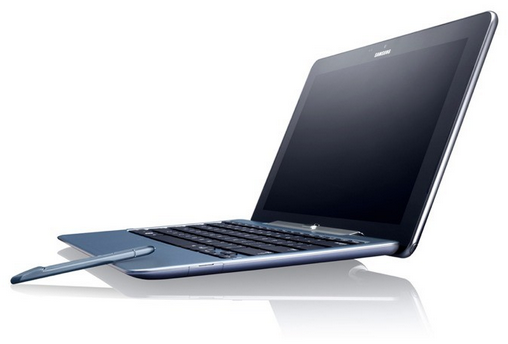 The Slate 7 is the higher-end of the two, and is aimed towards the power-hungry business end of the scale. The Slate 7 offers a 1080p display, which leaves the Slate 5’s 1366×768 effort playing second fiddle, while also offering up to 4GB of ram – double what you’ll be able to get with the Slate 5. 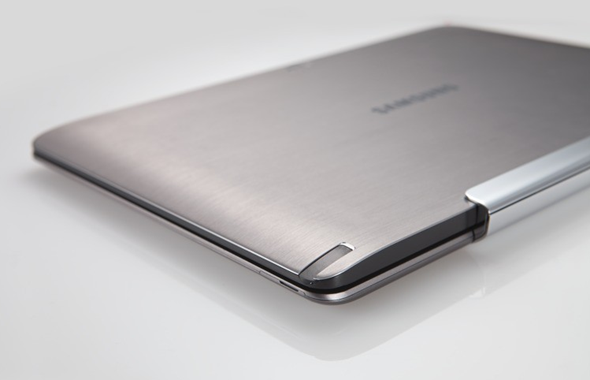 Like the other tablet-plus-ultrabooks floating around, it’ll be an SSD affair from the get-go, and both Slate devices will come with an S Pen – allowing you to unleash your creative genius whenever you’re feeling inspired (or just wish to scribble). 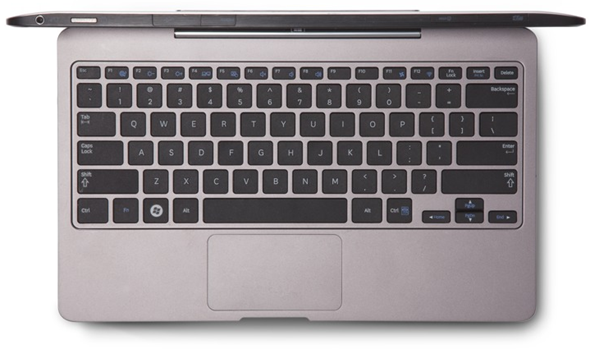 Media Hub is also included as standard, which basically means if you buy a movie on one Samsung device (the Galaxy S III, for example), you can easily watch it on your Slate 5 or Slate 7.

Both will, presuming a hitch-free production, arrive along with Windows 8 on October 26th, with the Slate 7 costing $1,199. The Slate 5 will cost $749 with the keyboard (Slate 7 receives it as standard), although if you don’t buy into the ultrabook malarkey, you can have yourself a Slate 5 for $649.