Beats Aims To Take Apple Head-On With Its Own Smartphone, Music Service, And A TV Set [REPORT]

The consumer technology industry is ever-changing and we have seen companies make some radical and rather risky decisions in the past in an attempt to get ahead of the game, sometimes you just have to sit back in amazement and rub your eyes a few times to make sure that what you are actually reading is accurate and not some kind of on-screen word play trickery. For me, this is one of those times, as reports are suggesting that Dr. Dre’s Beats company has its eye on some serious expansion in the near future and could be set to launch an all out marketplace assault on the world’s most valuable company, Apple.

If you are still rubbing those eyes, worry not as you are reading this correctly, but it may not be as ludicrous as it sounds at first glance, considering the company will have some serious industry leaders behind them. The Beats brand has been made famous in recent years thanks to the Beats By Dre. headphones that place superior sound quality over everything else. Following the success of that product, Beats have managed to get their technologies into HTC smartphones, Hewlett Packard laptops and even create their own Beats By Dr. Dre audio system that is being used in the rather swish Chrysler 300 S and Dodge Charger vehicles.

Not content with being known as the leading company in the headphones field, reports are suggesting that the company behind the fabulous ear-wear are planning on partnering with HTC to design and manufacture a smartphone that will be powered by Android and feature an entirely custom user-interface that has been created exclusively for use by Beats. Considering select HTC handsets already offer the Beats technology, and the two companies have previous business relationships, it makes perfect sense that they would partner to produce this product, and if the speculation turns out to be true then we could be seeing a very sleek looking handset coming to the market which features no HTC branding. 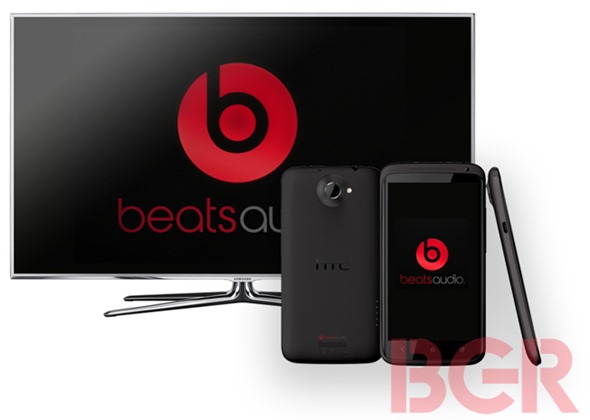 The company is also said to be working on developing a service that would function in a similar fashion to Apple’s iTunes model that offers extremely similar features as well as a subscription-based music service that seems to be all the rage at the minute. So, an official Beats smartphone and an accompanying music service. Sounds like an attractive prospect for music lovers, but it doesn’t end there, as the report carries on to suggest that they are also looking to strike up a partnership with Samsung’s television division to have a custom Beats TV set. With the intention seemingly being to have a wide number of Beats devices that can all pass content between each other thanks to the new music service, it looks like the company is not only attempting to expand on a large scale but also go right after Apple’s crown in the process. Time will tell if Jimmy Lovine and Dr. Dre have made the right move on this one.