Samsung, currently entangled in a high-profile lawsuit with fellow electronics manufacturer Apple, has spent quite a considerable portion of this year protesting its innocence, for its Cupertino rival has been accusing it of copying several design and software patents.

While the evidence against the Korean company has been, at times, pretty damning, Samsung has maintained it never once copied Apple’s intellectual property when designing certain products – notably the Galaxy smartphone and tablet devices.

A lot of satirical videos have been pieced together throughout the court cases, purporting to be made by Samsung or Apple, and using actors to represent senior staff of both companies for comedic effect. The video we’re about to show you, which is of Samsung launching its new store in the heart of Sydney, Australia, looks as though it falls under the category of humor, and while it is indeed funny to watch, it’s for all the wrong reasons. 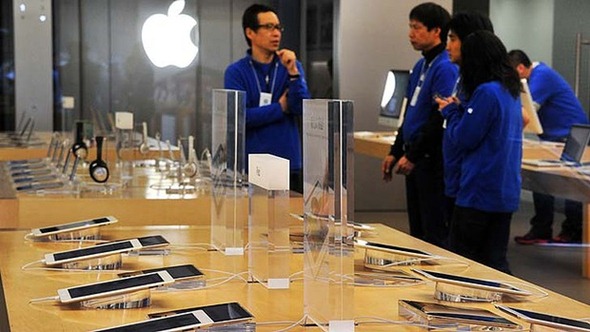 A sea of whiteness, staff bouncing around in blue shirts, products given plenty of space as opposed to being crammed in – it looks uncannily like an Apple Store, doesn’t it?

The Sydney Morning Herald, responsible for the clip, certainly seems to think so, and really gave Tyler McGee, Samsung Australia’s VP Telecommunications, the 21 question treatment. McGee noted that the decision to locate the store just a block from Apple’s was a mere coincidence, and the fact its main rival was situated within the locale "didn’t even come into the equation."

He also refuted claims from the interviewer that the layout was "similar" to that of an Apple Store, indicating it’s the same layout Samsung uses across the world. 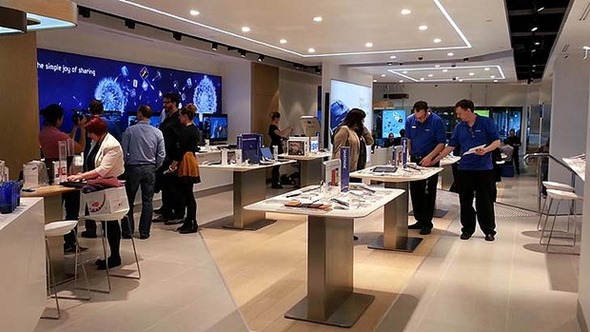 While Samsung continues to protest its innocence, a move like this isn’t going to cover the company in glory, and no matter what is occurring with regards to the patent issues, there can be little argument Samsung is wading through dangerous waters by replicating the Apple Retail Store’s look and feel so closely.

As I say, when I first watched the video, I thought it was another tongue-in-cheek clip to accompany the ongoing court case, so that pretty much sums up my opinion on the Sydney store, but what do you guys think?

Has the sequence of events that led to Samsung plotting a store next to Apple’s – while also looking identical – been merely a coincidence? Please do share your thoughts via the usual mediums below.