Samsung’s “me-too” attitude may have worked for the company on many ocassions, but in times like these where ‘who copies whom’ or for that matter ‘everyone copies everyone’ is a debate everyone likes to get into, there is little room for error, be it a PR stunt. A recent trick by the Korean giant is believed to have backfired yet again, and it might be an all too familiar feeling for the electronics company.

In a recent tweet, Trevor Bauer, the Cleveland pitcher, tweeted a photo of a ransom note containing a list of demands from him and his teammates, stating that they were holding Francisco Lindor’s first-hit ball for ransom. The demands include all the top notch gear from Samsung, including phones, tablets, smartwatches, laptops, and DVRs. 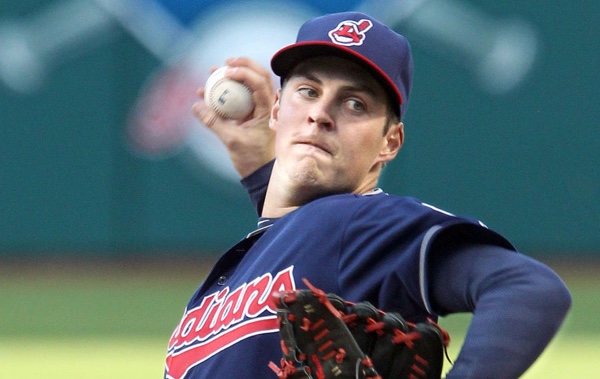 See, at WWDC 2015, Tim Cook kicked off the keynote with a narrative about how Brandon Moss’s 100th home run ball was held for ransom by his friends. The demand ranged from iPhones to the latest Apple Watch and MacBooks. The anecdote did seem to leave an impression on the audience, not to mention it went viral soon after. Cook announced that Apple is going to pay for the ransom of Brandon’s 100th home run ball. 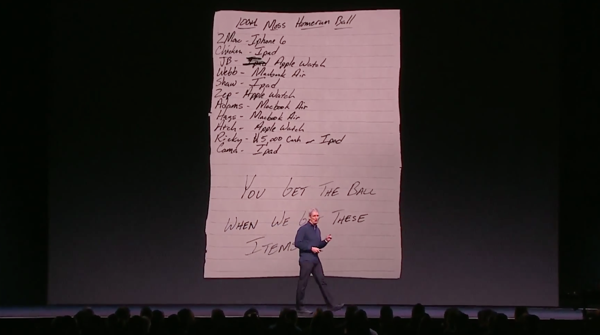 And now a week later, Trevor Bauer tweets his list of wanted Samsung goodies in a similar fashion. He states in the tweet that the Indians team may have settled for Apple products, but Samsung is what he and his teammates want. It’s a cool story and was almost believable till it ran into the “via Twitter for iPhone” wall. Yup, Bauer sent out that tweet using an iPhone, and even mentioned Samsung Mobile US Twitter account in the mix. It is highly likely now that the tweet was a promotional effort by Samsung, one which backfired big time. 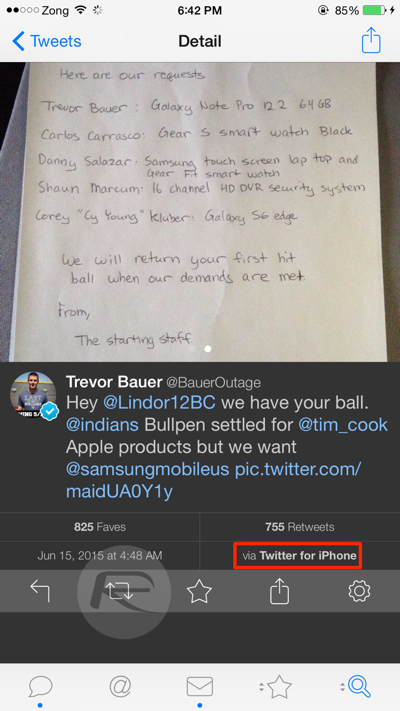 It is likely that the tweet was a promotional effort by Samsung, one which backfired big time.

At the 2014 Oscars, it was revealed that Ellen DeGeneres may have been using a Galaxy Note 3 for keeping up appearances at the Samsung sponsored event, but she was actually using an iPhone for tweeting photos when backstage. Similarly celebrity Nick Cannon and tennis star David Ferrer among others have been caught promoting for Samsung Mobile too using iPhones.