One of the reasons why Samsung is among the most dominant smartphone vendors in the game, is that it seems to have few qualms with developing a device to suit every consumer. As well as an array of smartphones to cover all bases, the South Korean giant still pumps out plenty of dumbphones, but one particular type of handset the company seems to be dragging back from yesteryear is the flip-phone. We’ve already heard numerous reports of the reasonably strong Galaxy Folder, complete with dual displays and a dual-core processor, and now, a leak suggests another, named the Hennessey, could be about ready for the market.

In a day where most folks seem to be glued to their touchscreen-based handsets, the flippy has become something of a rarity, and if you pop into any phone shop, you’re unlikely to find many, if any, devices of this particular form factor. If you do happen to stumble across a clamshell, it’s usually from a little-known brand looking to find a niche, but Samsung seems hell-bent on giving the flip-phone another day in the sun.

The Samsung Hennessy, which allegedly has the model number SCH-W789, is said to feature two displays just like the Folder, and while the displays, which are both 320 x 480 3.27-inch affairs, are unlikely to pull in the consumer with the eye for 1080p pocket-fodder, the device does reportedly pack in a quad-core 1.2GHz chip, 5-megapixel camera and support for dual-SIM. According to the rumor mill out of Asia, the device will also come in a "Luxury Gold" color trim option. And yup, it runs Android out of the box. Android 4.1 to be more exact. 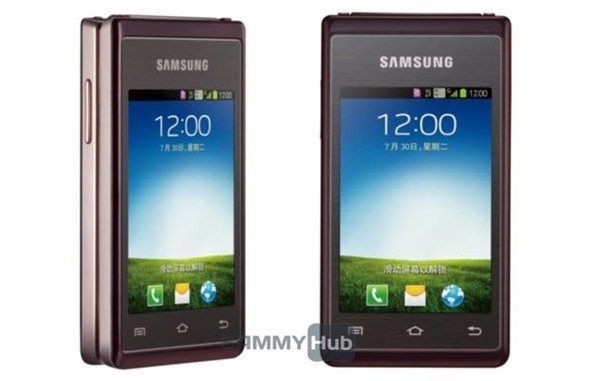 Of course, upon hearing of dual-SIM slots, it would appear all-but confirmed that if the device is indeed even real, it’s unlikely to retail in the United States – or any Western nation for that matter. Still, with several variations of the Galaxy S4 now in the offing, a purported smartwatch incoming and the small matter of the Galaxy Note 3 set for announcement next month, Samsung is showing no sign of let-up in its bid to continue offering the widest variety possible to consumers. 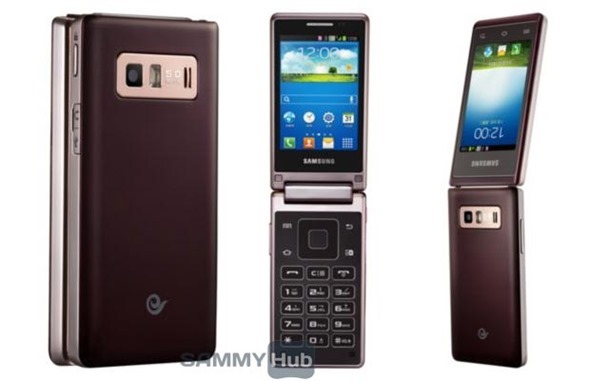 Would we pick up a flip phone in 2013? Probably not, and we doubt that many of you would either. But still, you have to admire the audacity, and if these flippy devices are more than just an out-of-hand rumor, we’ll certainly be looking forward to the hands-on reviews.