The tech lines have been buzzing with after BlackBerry announced over the last couple of days that it was considering "joint ventures," which, in simpler terms, indicated that the Canadian firm was gearing up for a potential buyout. Now, the company has gone a step further by officially hanging the "for sale" sign at its headquarters, and the once-mighty brand’s monumental fall from grace has been certified.

Five years ago, BlackBerry couldn’t put a foot wrong in the mobile industry. For enterprises, it was the go-to company for secure, powerful communication services, but with its sluggishly slow transition to the touch-based ecosystems of the modern day, its large consumer base began jumping to Android and iOS in their millions.

Of course, BlackBerry wasn’t just about enterprise – it had a significant following with general consumers, too – but with Apple in particular having built smartphones offering the kind of reliable infrastructure that made BlackBerry such a hit, the Toronto-based company has looked bereft of ideas over the past twelve months.

The BlackBerry 10 ecosystem, in fairness, is relatively strong, but as many have been quick to point out, it needed to have arrived some two years before it actually did. Now, it joins Microsoft’s Windows Phone 8 in the platforms apparently fighting a losing battle, and with BlackBerry being the latest casualty, one has to wonder if it’s just a matter of time before Microsoft’s overtly flagging mobile efforts begin to hit the fan. 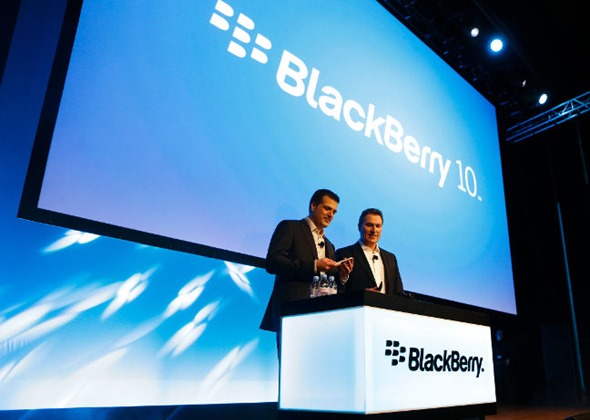 The mobile market is one of the fastest-moving, and since the introduction of the iPhone back in 2007, things have changed dramatically. While Google duly read the memo and built a now very strong competitor in Android, BlackBerry’s blind faith in its long-standing designs and philosophies now look as though they’ve come back to bite.

Thorsten Heins, the company’s CEO, has noted that he sees "compelling long term opportunities" for new operating system it has built from the ground up, but while all kinds of names have been thrown up in the buyout hat including Nokia, Lenovo and HTC, it remains a period of marked uncertainty for a former giant of the mobile game.

Certainly, it’s a shame to see one of the mighty fall so hard, but had the company made the moves it should have, when it should have, this predicament could well have been avoided, and we could be talking about a three-horse race in the mobile game, rather than a duel between Apple and Google.