More evidence has emerged that the Samsung Galaxy Folder – the kind of flip device seldom seen in the market for a decade – is an actual product, with instructions for the device numbered SHV-E400K showing up on Samsung’s website. The handset, which features dual displays, is said to be a target of the mid-range market, and although it’s not expected to see the light of day outside of Asia, it’s rather astonishing that Samsung is even still manufacturing this type of smartphone in the first place.

Last month, we heard reports out of Korea that Samsung was preparing yet another flip smartphone; continuing on its essentially solo quest to keep a little bit of the 2000s here with us in the modern Digital Age. With the introduction of the iPhone and the subsequent influence of the larger, touch-based display on the rest of the market, those old flippy devices seemed resigned to the back of the drawer, never to see the light of day again. But if a company’s going to do it, it’s Samsung, and after two successive years of offering limited edition smartphones-with-hinges, it’s looking more than likely that the Galaxy Folder is being readied for release.

Accustomed to the likes of the iPhone, Galaxy range and Lumia, the thought of using a flip phone would seem an alien concept to many of us, and with the consensus that we’ve evolved from those days of VGA displays and physical buttons (unless you’re a purist BlacBerry user), I cannot see that many would welcome the opportunity to own a Galaxy Folder as their daily driver.

But while the display’s 800 x 480 resolution may not be particularly inspiring, the fact that it measures in at 3.7 inches (larger than every iPhone bar the latest model), suggests that Android 4.2.2 should feel right at home on the Galaxy Folder. Under the hood, there’s a Snapdragon 400 dual-core chip, a relatively substantial 2GB of RAM, as well as 4G LTE capability. 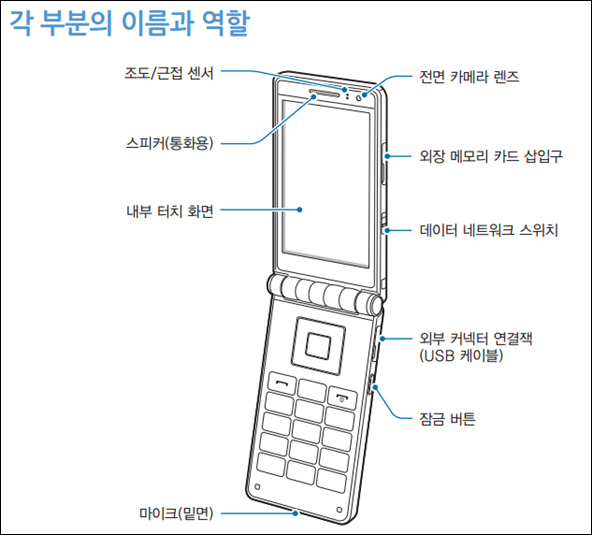 It may be reminiscent of the pre-smartphone era, but the Samsung Galaxy Folder is, all told, a pretty solid Android device; which begs the question – would you buy it if the price was reasonable?

(Source: Samsung) Thanks, Zeeshan for sending this in!