Although Google’s announcement of Android Wear means that we’re going to be seeing a bunch of smartwatches in the very near future, Samsung has already beaten its rivals to the punch with a host of releases. Starting with last year’s Galaxy Gear, we’ve since been treated to the likes of the Gear Fit, Gear 2 and Gear 2 Neo. But even with the Android Wear-packing Gear Live having been announced at Google’s I/O, the Korean outfit is not yet done, and today, the company has taken the wraps off a Swarovski crystal-encrusted strap for the most-recent Gear S.

The interesting thing about the Gear S is that it packs a 3G data connection, meaning it’s not reliant on a smartphone for its information. Many have already questioned whether the 300mAh battery will be able to cope with the added strain of a cellular connection, and in a move that will certainly do little to quell these these concerns, the Gear S Strap provides that essential touch of bling to proceedings. 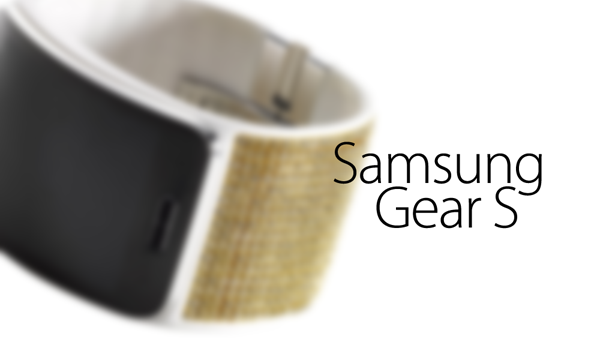 Some will undoubtedly make the case that Swarovski crystals will make the thing look tacky, but then again, that’s what everybody said about the much sought-after gold iPhone 5s. Fashion and tech seem to crossover at every opportunity these days, and although geeks are unlikely to be sold by this new strap, it could certainly catch on among fashionistas.

The strap will begin retailing as of next month, and although no pricing details have yet been divulged, it’s unlikely to come cheap. Still, if you’re planning on picking up the Gear S and wish to stand out from the crowd, this is one accessory that you may wish to pony up for. 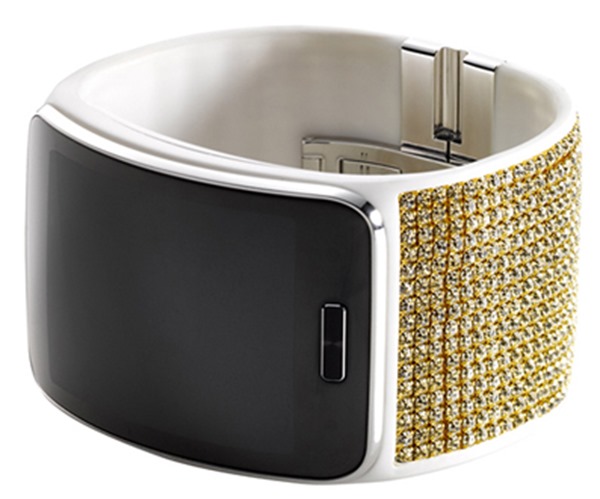 It’s ironic that despite the fact that the Gear S runs on the rather unrefined Tizen OS, Samsung should focus its efforts on glamming up its flagship wearable. The original Galaxy Gear, which is scarcely a year old, was panned by critics for its poor functionality and even worse battery retention rate, and while this may have improved over the past twelve months, it still does feel as though Sammy is concentrating on the wrong things.

With LG, Motorola and several others in line to release smartwatches, it’s going to be a busy market, especially with Apple set to announce the iWatch next week. We’ll be keeping an eye out for the moves of the big companies as we head towards the holiday period, so stay tuned!