Samsung Giving $500 Worth Of Gifts With Galaxy S6, S6 Edge, Here’s The List

If you have been putting off pulling the trigger on a brand new Samsung Galaxy S6 then now is the time to wait no more, after the company announced that it would be giving every owner of its new flagship phone a suite of free digital goods and access to certain online services. The package, according to Samsung itself, is worth in excess of $500.

Those picking up the more expensive Samsung Galaxy S6 Edge will also be able to take advantage of the offer, which is good news for everyone who opted to go for the more curvy option. 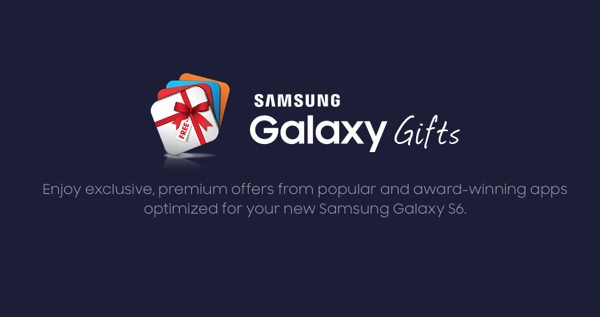 The range of products and services that Samsung is giving away is extensive, with things ranging from premium access to online note-taking service Evernote to free eBooks. There is inevitably some cruft in there, but if you look hard enough you will also find some gems such as an extra 100GB of Microsoft OneDrive storage. 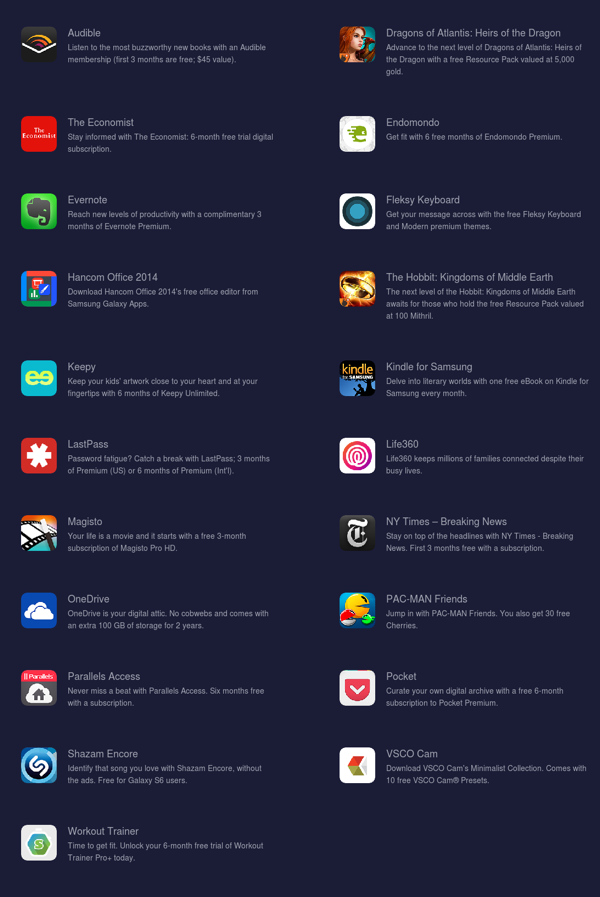 See, we told you there was some good stuff in there!