IFA 2017 is underway in Berlin and Samsung has taken the opportunity to update its wearable offerings with the improved version of the Gear Fit2, a refreshed version of its Gear IconX earbuds, and an all-new Gear Sport smartwatch. This being Samsung, the naming convention used for all these devices leaves a little to be desired, however – punters can look out for the new Gear Fit2 Pro, Gear Sport, and Gear IconX 2018.

As the names might suggest, none of these products are completely new additions to Samsung’s portfolio but rather improve on existing offerings, something Samsung is very familiar with doing in its smartphone lineup. 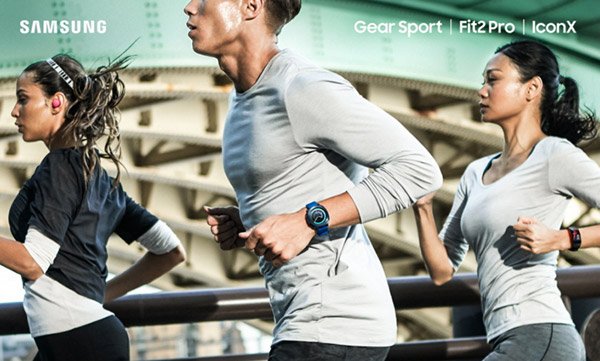 The Gear Fit2 Pro retains the same general size and shape of the device that came before it, although the bands have been updated and now include a standard buckle as you would find on traditional watches in an attempt to keep everything on your wrist where it belongs. Without doubt the most important change is the addition of water resistance up to 5 atmospheres — about 50 meters — which also includes salt water.

Software-wise, not a lot has changed except the inclusion of new partnerships with Under Armour and Speedo, which are just fine if you like that kind of thing. The new Fit2 Pro can also track heart rate throughout the day and it can now detect when a workout begins based on a person’s movement.

Moving onto Samsung’s actual smartwatch, the Gear Sport is a new product that replaces the Gear S2 line. The new Gear Sport borrows its looks from the Gear S3 Frontier but also retains the same basic shape and size of the Gear S2 with the same-size 1.2-inch circular display. The Gear Sport carries over the same automatic fitness tracking, GPS, and 5 ATM water-resistance as the Gear Fit2 Pro, but with the added benefit of a smartwatch operating system that also boasts the same features as Samsung’s Gear S3. When it comes to clear differentiation between its products, it is fair to say Samsung dropped the ball here! 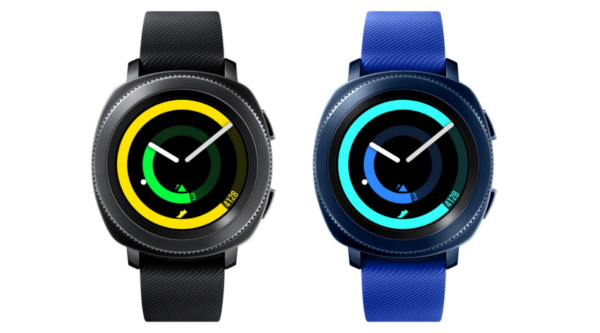 Finally, we have the Gear IconX 2018 earphones. To look at, nothing has really changed here but in use, things have gotten more impressive than last year’s offering. Starting out with battery life, wearers of the earphones can expect a full seven hours of standalone music playback, or five hours of playback over Bluetooth. The same charging solution is in place as last year’s IconX, but Samsung says users will be able to eek an hour of usage out of the new IconX earphones with just 10 minutes of charging time. 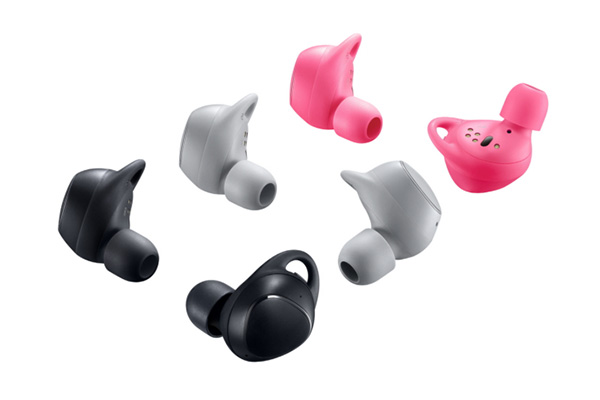 So the obvious question now is “when can we buy any of this stuff?” Well, Samsung has only seen fit to announce details for the Gear Fit2 Pro. The refreshed fitness band will arrive in stores on September 15th with pre-orders starting right away. Buyers can expect to pay $199 when placing their order. As for the Gear Sport watch and Gear IconX 2018, pricing and availability is anyone’s guess, but we expect to hear something before the all-important holiday season is upon us.