LG V30 has been announced. Here are the complete specs, features, including details on price and release date.

You cannot open a web browser right now without someone’s new smartphone being announced, or at least that’s the way it seems right now. The iPhone 8, which hasn’t actually been announced yet has been taking many headlines for months now, and Samsung recently announced its Galaxy Note 8 flagship that had everyone very excited last week. Keen not to be left out of such an exciting party, LG has now announced its very own release in the shape of the LG V30, and it’s quite an impressive phone to say the least. 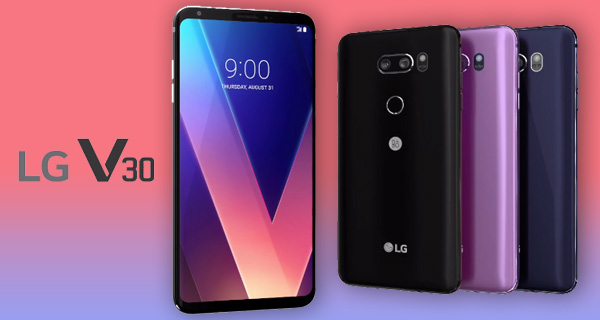 In a change from previous V-series smartphones, the new V30 is an altogether fancier looking device with a curved glass front, glass rear and metal frame. Interestingly, that new 6-inch OLED display is not itself curved, but the curved glass atop it creates an illusion that makes the side bezels appear smaller than they are which may be a good compromise for those who simply do not get on with the curved displays favored by Samsung.

The display resolution is the same as the LG G6 at 1440 x 2880 pixels, and is also rated for HDR content; both HDR10, and Dolby Vision. If you are wondering where the second display has gone, it’s been replaced with a new floating bar in software instead.

Inside, it’s pretty standard fare for a high-end release in 2017; a Snapdragon 835 processor paired with 4GB of RAM and 64GB of storage with a microSD card slot for expansion up to 256GB. Software is taken care of by Android 7.1.2 Nougat with the same skin found on the G6. 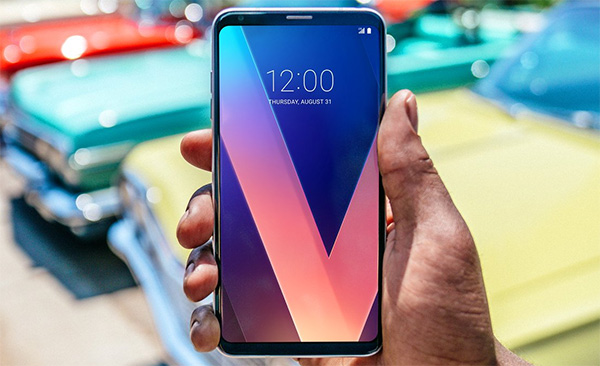 When it comes to cameras, the V30 has plenty to offer. There is a a dual-camera system similar to what we’ve seen on recent LG devices, although it has changed somewhat. The primary lens is now packed with an impressive f/1.6 16MP sensor, something that will enable improved low-light performance. The additional wide-angle sensor has also received a bump to include a f/1.9 aperture on that 13MP sensor. These should ensure an improvement over previous camera setups offered by LG’s flagships, which can only be good news for those of us who use smartphones as a our primary cameras. 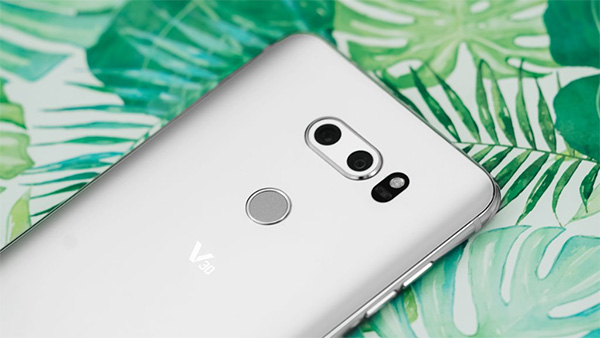 Rounding out the most interesting features we have the fact the V30 includes a 3.5mm headphone jack as well as the excellent HiFi Quad DAC that has been a part of several of LG’s phones in the past. The 32-bit DAC also includes controls to tune the experience as required.

The phone will be available in 4 different colors: Black, Silver, Midnight Blue, and what appears to be Purple. Of course this availability could be subject to different regions. 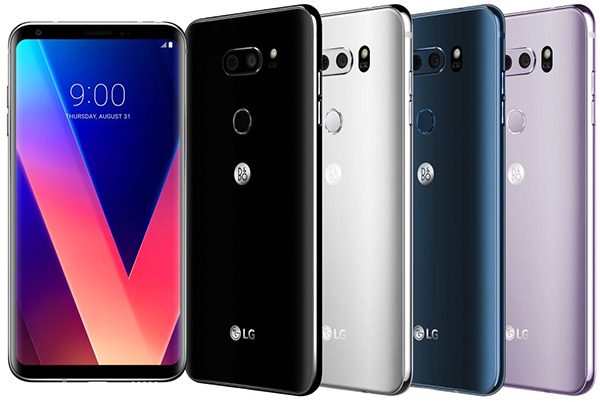 We don’t yet know exactly when the V30 will go on sale or how much it will cost, but the smart money is on it being available some time in September for somewhere around the $700 mark.