We’ve heard and seen plenty of rumors / photo leaks of the HTC One M9 in the past few weeks. And now a renowned 3D designer has just thrown in his vision for HTC’s next flagship phone. Head over the jump for the images and details.

Martin Hajek has been doing this sort of thing for almost every yet-to-be-released flagship mobile device, with some serious work on the iPhone and iPad lineup lately. While these would be the first images of the One M9 to come in from Hajek, the concept greatly resembles an image of the phone leaked by Evleaks, where both sport a same facet. Meanwhile, Hajek has also thrown in the existing iPhone 6 and the equally mystifying Galaxy S6 – yet to be announced – from Samsung for comparison’s sake. 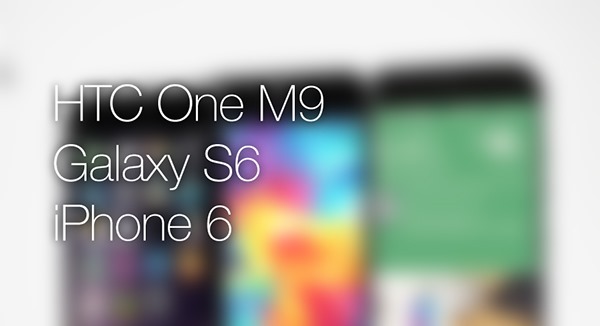 Hajeks’s concept shows a design that is similar to the M8, especially when it comes to the antenna bands, the curved back and metal finish. But this time around the edges are rounded, giving off an iPhone 6-like feeling to the frame. Interestingly, Hajek has carried this language onto his concept of the Galaxy S6 as well, which is exactly where the latest design rumors regarding the Korean giant’s next front-runner have been headed lately. 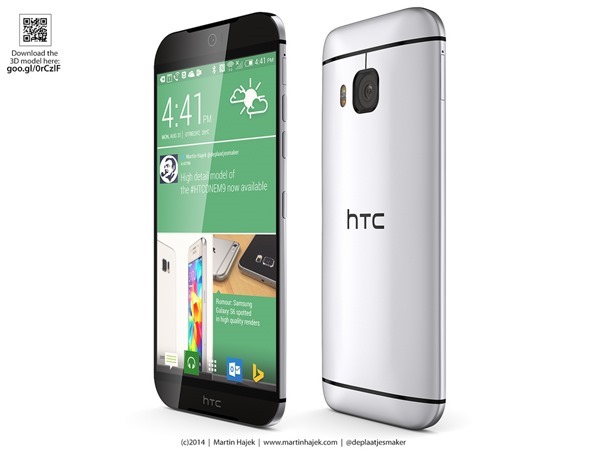 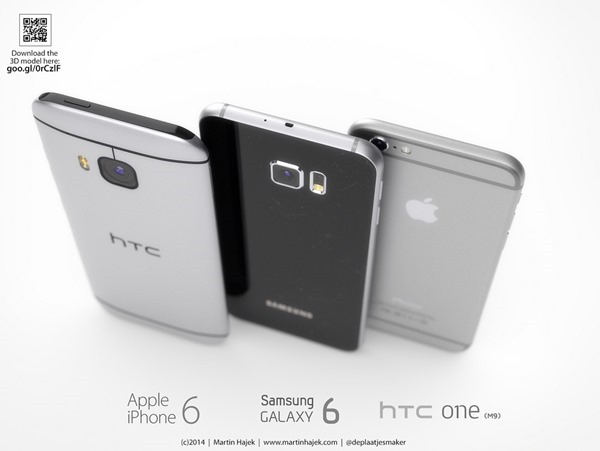 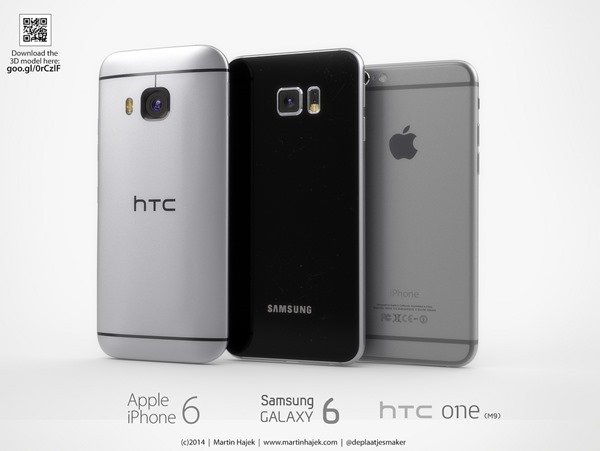 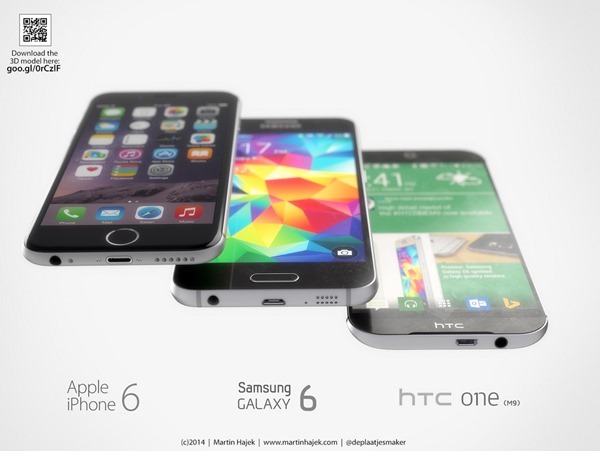 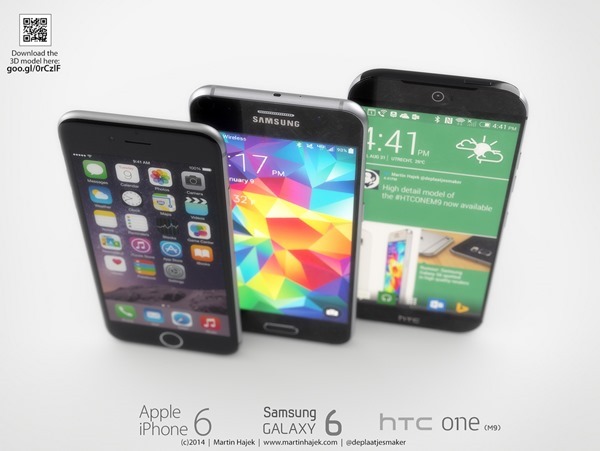 The display shown for the M9 has significantly reduced bezels. Just like the earlier photo leak, Hajek’s take on the M9 sports a full glass panel on the front, which was not a feature on the earlier M7 and the existing M8. With the M9 pitted to be carrying a 5.5-inch display, when compared to the images of the iPhone 6 and Galaxy S6, the M9’s panel is vividly larger than the competition albeit the chassis is fairly similar to its main rivals. 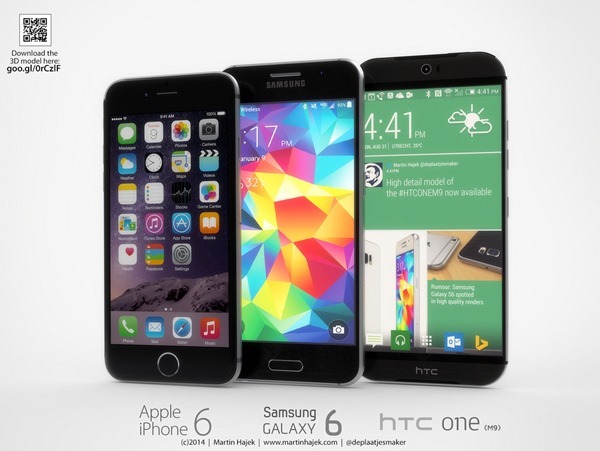 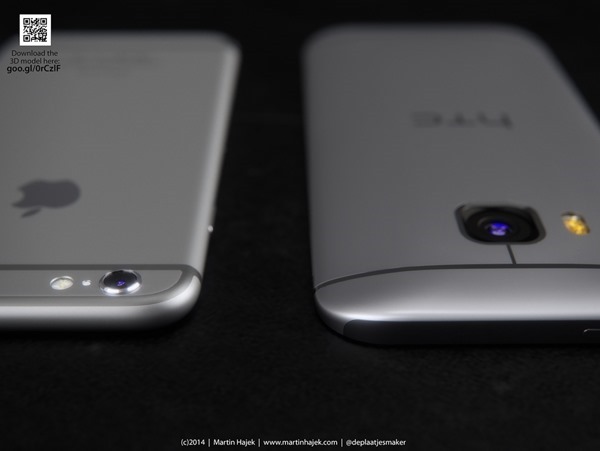 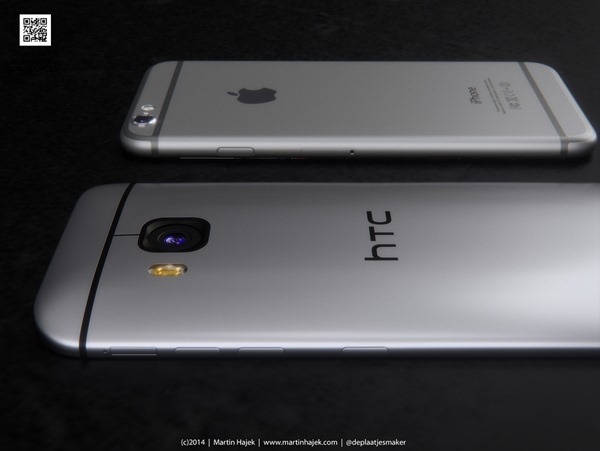 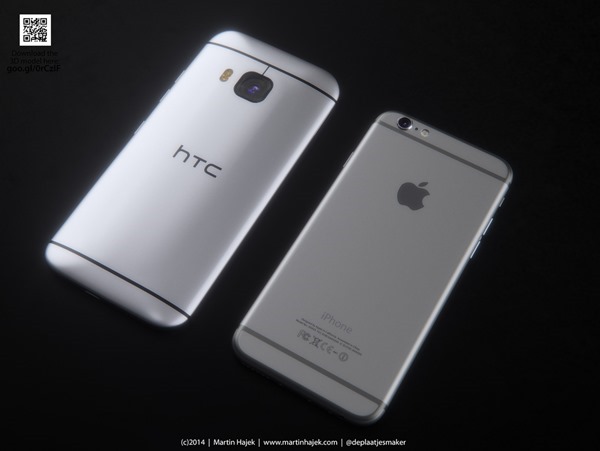 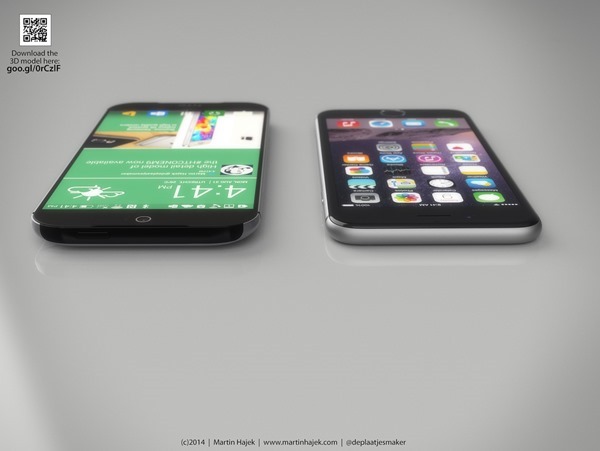 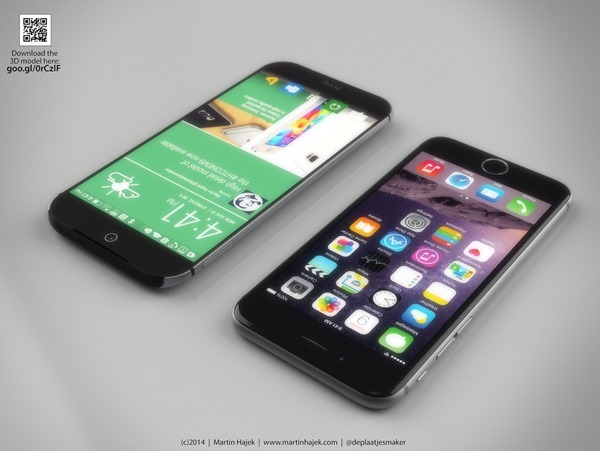 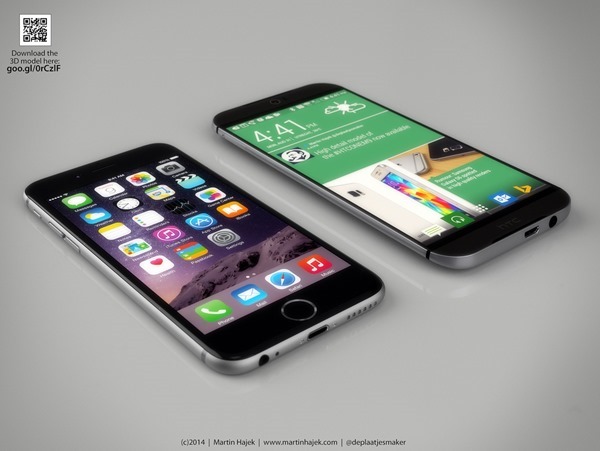 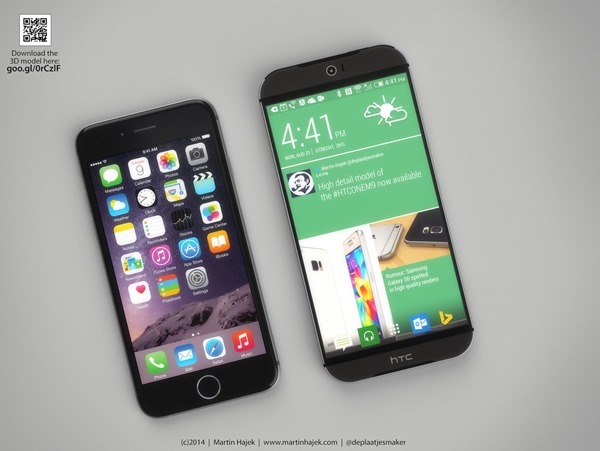 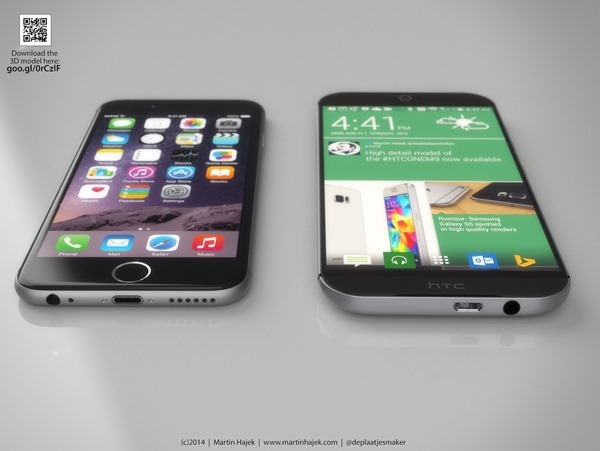 It is still unclear if HTC will go for the Quad HD (2560 x 1440) resolution or continue to stick with 1080p for its upcoming flagship phone. Hajek too believes that HTC will be dropping the dual-camera configuration with the M9, and according to leaked information, the rear-facing camera will be a 16MP unit with optical image stabilization.

If HTC comes up with a similar design for the One M9, would you consider buying one over any other smartphone? Do share your thoughts with us in the comments section below.