The recent speculation surrounding South Korean based Samsung and the potential for a Galaxy S5 release date for January 2014 may prove to be nothing more than chit-chat, but one thing is for sure – the current Galaxy S4 model isn’t selling as well as Samsung would have hoped.

The world’s largest vendor of smartphones are certainly no strangers to success when it comes to the high street. Millions and millions of the company’s products are snapped up all over the globe each year and they are highly regarded as being up there as the best in the business when it comes to premium hardware. However, that reputation amongst consumers doesn’t seem to have transferred across to the Galaxy S4 as well as Samsung would have hoped with analytic company Counterpoint Research stating that a significant drop in units shipped was recorded in August of this year.

Samsung saw a peak of around 7 million handsets flying out of the doors in June of this year. Compare that to the 5 million units that the company shipped in August and it’s immediately evident that sales are rapidly declining month-on-month for a flagship device that is just 6 months old. Still, it isn’t all doom and gloom for Samsung. Although the Galaxy S4 sales showed significant signs of slowing sales the whole Galaxy range remained strong for the company. Successes amongst the other Galaxy devices meant that Samsung were the only company to overall month-to-month growth in August. 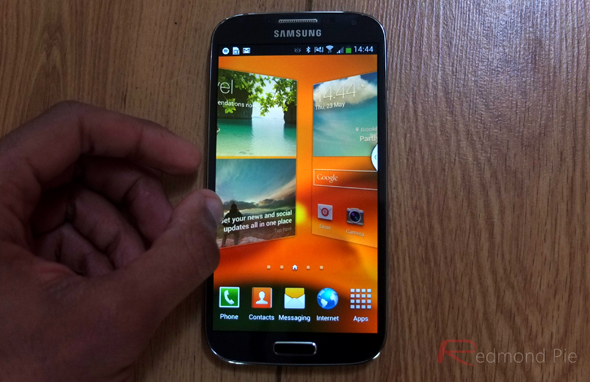 The now discontinued and more than a year old Apple’s 16GB variant of the iPhone 5 was second in the top selling charts during the same month, a device that has now been relegated to the history books to allow the iPhone 5c to shine through, and its successor the iPhone 5s. It may or may not come as a surprise to learn that the top ten list of highest selling devices during August was dominated by Samsung, Apple and the now Microsoft owned Nokia. The Nokia Asha 501 and 205 as well as the Samsung Galaxy Note 2 and Galaxy S3 Mini all managed to find themselves at the top of the sales charts.

August may traditionally be seen as a very slow sales month for the majority of companies, but it seems that Samsung managed to get through it just fine according to the research.