Remember the HTC myTouch 3G with the near-perfect Chinese iOS 4 clone that we posted back in mid-September? That thing has a brother now: and it’s a Samsung Galaxy S-“branded” smartphone that seems to be running on the same software. 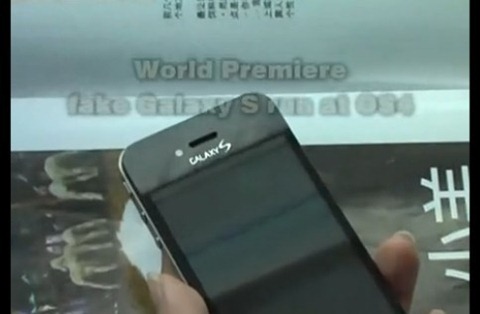 Whatever iOS 4 clone the phone is running is exceptionally awesome considering the fact that it is, after all, a clone. The programmer, whoever he is, has done an outstanding job at mimicking Apple’s polish mobile operating system.

The knockoff handset has multi-touch and also plays Angry Bird + Plants vs. Zombies! It is actually just a fake iPhone 4 branded with “Galaxy S”. But yes, I wouldn’t mind getting this for my brother if it were cheap. 😛 [via M8Cool]