Samsung ChatON For iPhone Lands On The App Store To Take On iMessage – Download Now!

Samsung’s instant messaging app, ChatON, is now available for download via Apple’s App Store, and it goes straight into competition with Apple’s own iMessage. 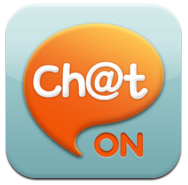 ChatON recently became available for Google’s Android smartphone OS, with the Bada platform already signed up. Both Windows Phone 7 and BlackBerry clients are already on their way, along with a web-based version of the client for those who wish to stay connected whilst on a computer.

ChatON is a Global Mobile Communication Service that enables you to have better relationships with your buddies or groups.
ChatON brings together all of these methods of communication, expression, and sharing in one place.

This new iOS release of ChatON brings one-on-one messaging, along with a group chat feature for those who like to share the conversation. A broadcast feature is present also, along with message drawing. 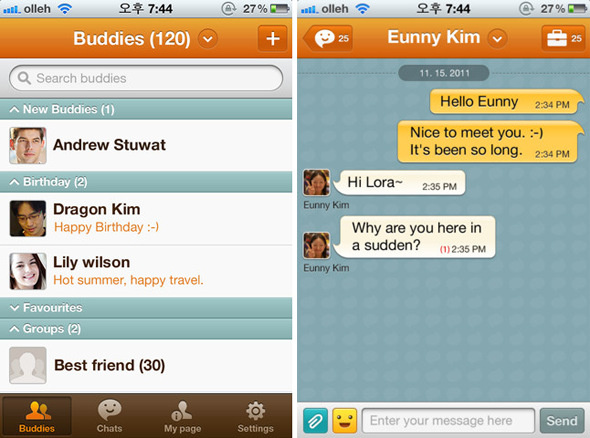 Users can share all the usual media, with photos, video and voice snippets being the biggies. The users’ location, along with calendar appointments and contacts can also be shared should they so wish.

Samsung’s ChatON now goes into direct competition with other SMS replacements on the iOS platform, with Apple’s iMessage perhaps the biggest fish that will need to be fried in order for ChatON to take off on iOS devices. Samsung’s client does have one obvious advantage over Apple’s, with ChatON being available across multiple platforms and iMessage being an iOS-only affair.

With huge figures already being reported for install numbers on Android alone, Samsung’s solution is already off to a flier, but iMessage is not the only competitor for the newcomer. 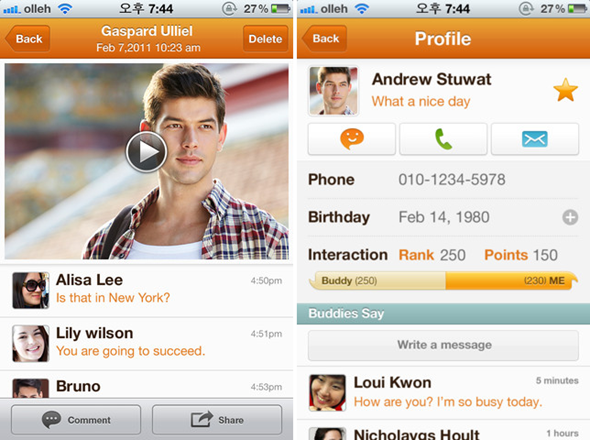 WhatsApp is one such competitor, and having been around for what seems like forever, the number of people who already have WhatsApp installed is huge. With versions of the messaging client available for just about anything with a keyboard, WhatsApp is arguably the king of the instant messaging clients.

All of these supposed SMS replacements still have some way to go before they can think about taking over from the system we have all been using for so long. With many still not using smartphones, we are left using SMS if we want to communicate with them. Until we are all using a phone that is capable of running one of the myriad of instant messaging apps, SMS will still be alive and kicking.