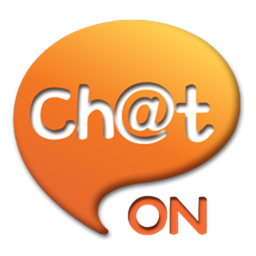 We first talked about ChatON back in August when Samsung announced the app. The most attractive feature of ChatON that is being focused on in its marketing is its compatibility with a variety of smartphone platforms. Although it is currently only available on Android, it is expected to be launched on iOS, Blackberry OS and Samsung’s own Bada OS in the near future.

ChatON is a free service that lets you chat one-to-one or in groups. You can not only send/receive text messages but also broadcasts, little animations, pictures, videos, audio, location and – this is where it differentiates itself – info, contacts and calendar. For groups chats, there is also a handy Trunk feature which lets you see all sent images/video in each group chat room.

Chat your way, with ChatON! ChatON is a global mobile communication service that enables you to have better relationships with your buddies and groups of buddies.
ChatON brings together all of these methods of communication, expression, and sharing in one place.

We’ve personally tested the app on our Samsung Galaxy S II unit and can confirm that it works as advertised. If ChatOn, well, catchesON then it is something that we can easily see replacing iMessage and BBM because of its compatibility with multiple smartphone platforms.

ChatON’s greatest competitor isn’t iMessage or BBM, though. WhatsApp actually has more platforms covered than ChatON: iOS, Blackberry, Android, Symbian and Windows Phone. Getting users to shift to ChatON from WhatsApp, then, will not be easy since it is quite established. Still, ChatON has Samsung behind it, so the company can give it a big boost by including the app on every smartphone they release. 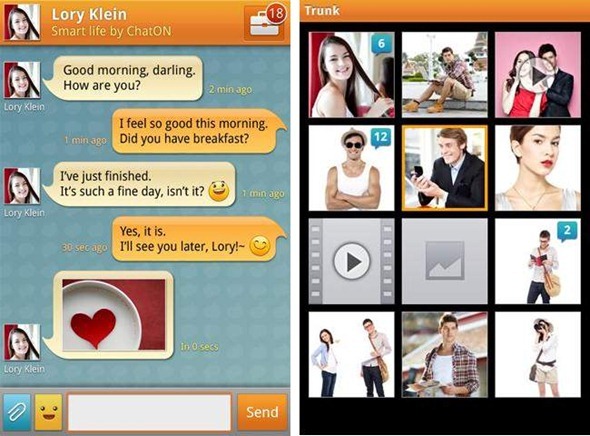 We’ll inform our dear readers of ChatON’s iOS app as soon as it is released. Until then, this writer is sticking to WhatsApp for his multi-platform, instant messaging needs.

If you’re interested, ChatON can be downloaded for free from the link embedded below. It is compatible with all Android smartphones running 2.2 Froyo or above. Do let us know what you think of it in our comments section on Facebook.