The constant squabbles and patent-based conflict between Apple and Samsung is a well-documented debacle, and while both companies have agreed to drop several claims each, Apple does feel as though Samsung’s recent rise as the number one smartphone vendor is mainly due to plagiarism of its products.

The fruit company has vowed to drop around half of its complaints against Samsung, in a move which is said to ensure that a trial can be heard as early as this summer. Meanwhile, the Korean electronics giant has surrendered five of its twelve complaints, but don’t be fooled by apparent displays of courtesy and humbleness, since both camps still feel aggrieved with their respective claims, with Apple being particularly forthright in what it describes as Samsung’s “copycat products”.

It’s been going on for quite some time now, but only recently did Samsung overtake its bitter rival as the number one smartphone manufacturer in the world. Considering Apple sees most of Samsung’s roster as having copied key elements of its iPhone, the news was, quite predictably, like red-rag to a bull, and whilst Samsung continually claims its range consists of “innovative, independently developed technologies,” the Cupertino company is adamant the new market-leader wouldn’t be so if it hadn’t have copied the iPhone. 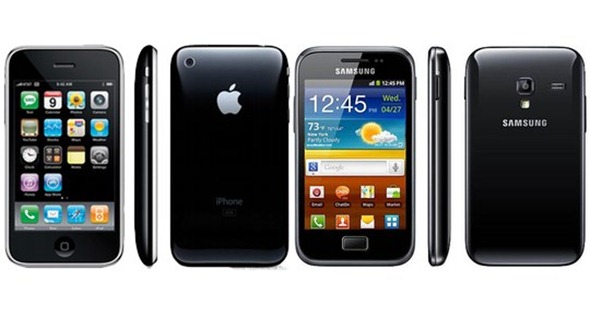 FOSS Patents’s Florian Mueller has been keeping a close eye on proceedings, and as Samsung has continued to grow at such an incredible rate, the infringements pose “massive, continuing harm” to Apple’s business. It is believed by dropping some of the less significant claims, the trial can proceed sooner rather than later, since, as Mueller points out, Samsung has already forked out billions of dollars in copyright infringement. He believes it is “critical” to Apple to start trial on July 30th, in an attempt to put an end to the alleged infringement before business is damaged further.

Unsurprisingly, Samsung points to Apple as the orchestrator of its own downfall, adding that Tim Cook’s company is “unable to compete in the marketplace,” so has instead resigned itself to challenging through “litigation, requesting injunctions against the full lineup of Samsung’s mobile phones and tablet products.”

Tim Cook, unlike his predecessor Steve Jobs, is not a huge fan of the legal battle, and will be more than open to settling provided he is assured other companies will not continue using Apple’s innovation as the basis of their own products. He will meet with Samsung’s CEO on May 21 and 22 to discuss the case.

Mueller reckons it’s nay-on impossible to call which side will emerge victorious from the trial, but one thing is for sure – if there is no amicable resolution later this month between the two head honchos, the gloves will be coming off as the two sets of lawyers continue their court battles.