Microsoft has recently outlined its intention to push the Xbox + Kinect combo to as broad an audience as possible with its recently-introduced subscription package, and now rumor has it that a dashboard update will offer a cross-application exercise tracking implementation of some description.

Citing sources, The Verge reports the system will be called Kinect Play Fit, and will give Xbox gamers the opportunity to keep track of their exercising progress. In addition to the Dashboard update, the Redmond-based company is also thought to be releasing some sort of accompanying peripheral to the Kinect Play Fit service, which currently operates under the pseudonym "Joule". Joule would measure heart rate, and allow Xbox + Kinect users to wirelessly track heart rate, ensuring progress is in-keeping with target weight loss, strength or other workout goals. 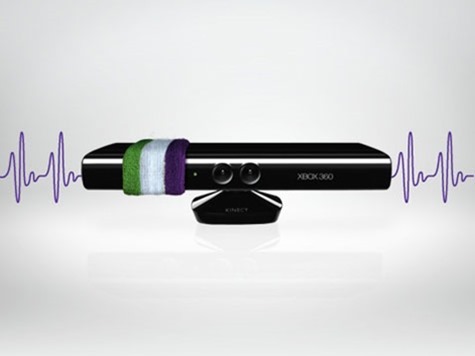 Publisher Electronic Arts also offers its own heart rate monitor along with EA Sports Active 2 for the Xbox 360, and the Joule monitor should be compliant with most Kinect-enabled titles. Although it will likely be marketed alongside the Kinect Fit Play package, but it won’t be a mandatory accessory to the new service.

The report doesn’t include a projected release date for the Kinect Play Fit system, but it will be introduced firstly via a Dashboard update.

Steve Ballmer’s software maker has certainly laid good foundations for a flurry of Xbox and console promotions – having yesterday begun its limited, subscription-model Xbox sale. The deal, which is only available through Microsoft retail outlets, allows the consumer to pick up a 4GB Xbox 360 console, Kinect sensor and gold Xbox LIVE membership for the duration of a two year contract, which costs $14.99 per month. Although the console still serves as a pillar of the hardcore gaming community, there’s no doubt that the Kinect – the fastest selling gadget of all time – has made the Xbox 360 a more appealing prospect to the "casual" gamer, and by offering a very reasonable contractual arrangement along with emphasis on fitness, it looks likely the console will yield more and more adopters.

E3 is only a month away, and there will likely be more than a mention of these rumored Kinect plans at frequent intervals throughout, as well as information regarding Xbox LIVE content deals.