It feels like Samsung has been launching new phones left right and center, and today they’ve announced a new one. The freshly-unveiled G9198 is aimed at the Chinese market and is unlike most Android phone out there, because Sammy’s gone old-school, again. Yes, the G9198 is a clamshell flip phone with dual screens and an actual, physical T9 keypad. Details to follow.

The device, despite the odd design choice, is a mid-to-high-end Android smartphone at its core, packing a 3.9-inch 720p display that boasts a Super AMOLED panel for both its screens, yes ‘both’. The device sports two display panels; there’s a fully functional screen on the outer shell, and flipping the phone open reveals a similar panel on the inside, along with a traditional physical keypad with T9 support. Both displays are protected by the latest Gorilla Glass 4. At the heart of it, the device is powered by a Snapdragon 808 hexa-core processor, and boasts 16GB of internal storage, expandable up to 128GB courtesy of microSD support. However no concrete information is available for now regarding the amount of RAM that this phone packs. 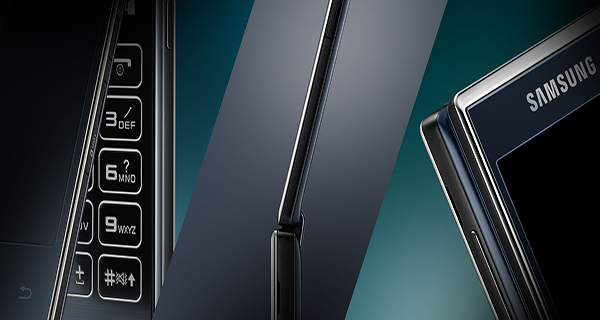 Avid photographers would be pleased to know that the camera isn’t just another everyday shooter, but is rather a powerful 16MP rear unit with f/1.9 wide aperture lens. There’s also a 5MP front camera if you ever feel the need for all those coveted selfies. 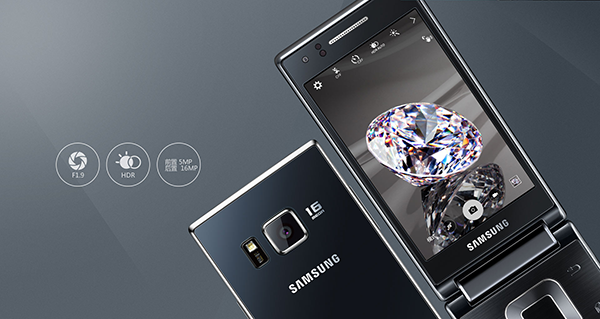 On the connectivity front, there’s nothing lacking here, either. The device is 4G LTE compatible, although it’s most likely for Chinese bands. Wi-Fi is 802.11 a/b/g/n/ac with support for both 2.4 and 5 GHz. Bluetooth 4.1 and GPS/GLONASS complete the tally.

The G9198 is powered by a 2020 mAh battery, which should be sufficient for one complete working day in most cases. Sources also claim that the device might come with a heart rate sensor too, but unless confirmed by an official source, this information remains speculative at best. 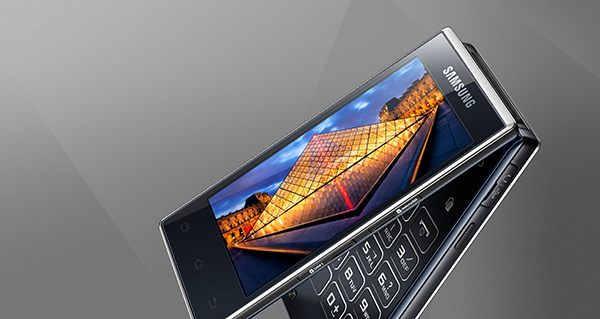 Looking at the specs sheet and the features that the G9198 has on offer, it’s clear that Samsung has made a fairly high-end phone with just an old design scheme; something that might be popular with Chinese users. The device is also clearly a massive upgrade to last year’s similarly-designed G9098. So far, there’s no word on pricing, but Samsung promises that the phone will hit Chinese markets later this month. In any case, it’s an interesting device, and goes to show that old never really gets old.