Samsung is working on creating a robot that will be able to act as a servant. Bot Handy, as it is called, will be able to recognize objects using a camera and artificial intelligence. The announcement was made at the opening of an all-digital CES today.

Sebastian Seung, President of Samsung Research, says that Samsung sees the robot as an “extension of you in the kitchen, living room, and anywhere else” which suggests there are plenty of tasks we will be able to ask it to do. 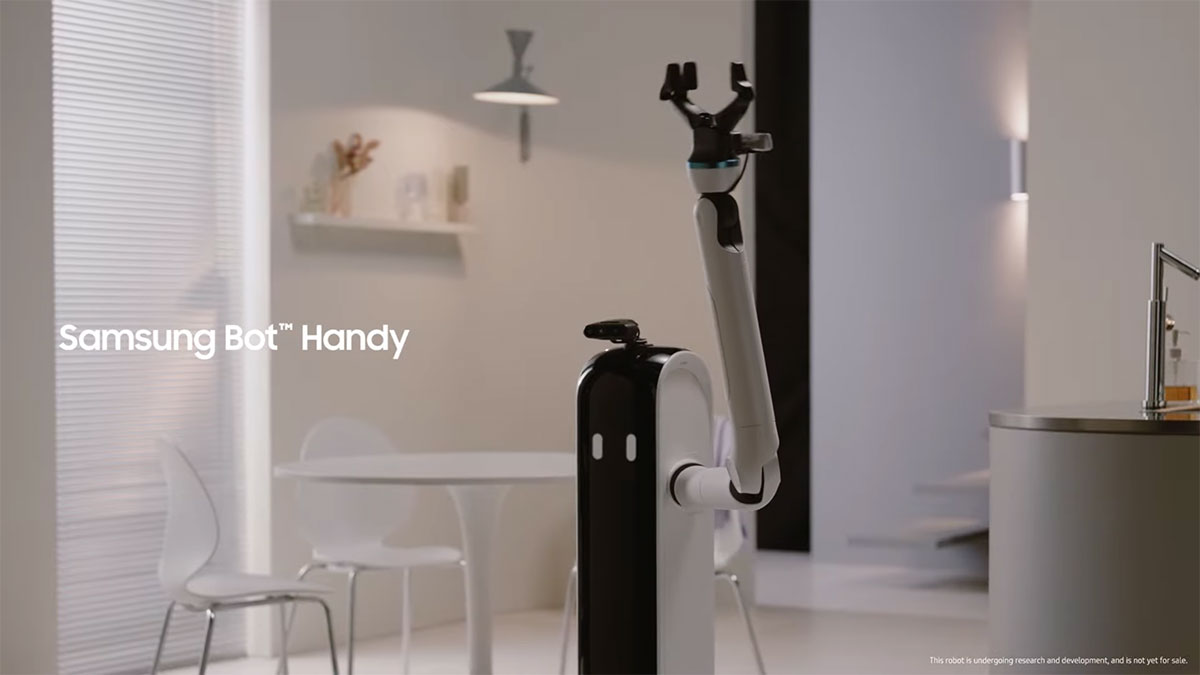 Assuming this thing ships, that is. It isn’t exactly clear right now whether Samsung intends Bot Handy to be something that goes into production. Or if it’s another one of those cool CES things that disappear once the show is over.

Whichever it is, we can’t decide whether to fall in love with it or be terrified of it.

Also in development, Samsung Bot™ Handy will rely on advanced AI to recognize and pick up objects of varying sizes, shapes and weights, becoming an extension of you and helping you with work around the house. Samsung Bot™ Handy will be able to tell the difference between the material composition of various objects, utilizing the appropriate amount of force to grab and move around household items and objects, working as your trusted partner to help with house chores like cleaning up messy rooms or sorting out the dishes after a meal.

Looking to the future, Samsung is also developing other tangible applications of AI technologies for daily life. Samsung is continuing to build on its Samsung Bot™ Retail, which would guide users outside the home in retail environments, and GEMS, Samsung’s health-focused exoskeleton as mobility aide.

If it does ship, there’s no denying that Bot Handy would be an expensive addition to your household. But so were robot vacuum cleaners when they first launched and now they’re nowhere near as costly. Fingers crossed we see more of Bot Handy in the future.