Rome: Total War is a game that is buried deep in the vault when it comes to classic strategy games and developer Feral has announced that an iPhone version of the title will be released on August 23rd. Mobile gamers have been able to play the game on iPad since November of 2016, but this will be the first time that iPhone owners have been able to get in on the action without having to buy a tablet first.

Despite the long development time, many, many iPhones – and even iPod touch devices – will support the Rome: Total War game when it launches next week. 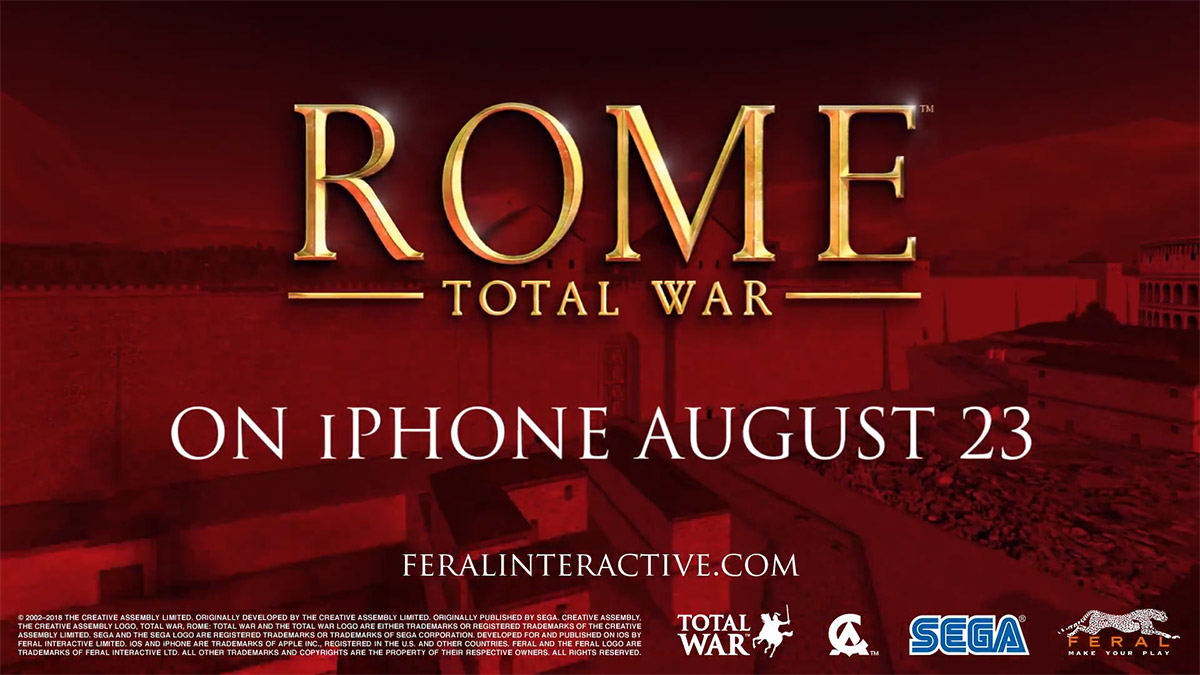 Here are the devices that will be supported:

When the game ships, players can look forward to features that have been designed with the iPhone specifically in mind, with touch interfaces on a smaller screen at the front of all that. Feral also says that the game will take advantage of the latest Apple Metal API in order to improve performance while also providing better graphics without draining too much battery life in the process.

ROME: Total War seamlessly blends conquest and politics on a massive scale as it challenges players to build and rule the ancient world’s greatest empire over three hundred years, from the late Roman Republic to the early Roman Empire. Players will deploy strategy and tactics in spectacular real-time battles, and use diplomacy, subterfuge and assassination to smooth the path to ultimate victory in huge turn-based campaigns.

When Rome: Total War hits the App Store next week, it will cost $9.99. However, as the title is a universal app, anyone who has bought the game for their iPad will be able to download the iPhone version for free.