November the 12th happened to be one of the weirder days if you’re an Apple fan. Instead of the normal fanfare, queues around the world, coffees being handed out for free to people in said queues, the new Retina Display iPad mini 2 was sneakily made for sale by the Cupertino giant. I can’t say that I was hugely disappointed that I didn’t have to stand in line at my local Apple Store after waking up at 5am like I normally have to, but it was definitely an odd choice; one made due to Apple’s apparent lack of stock for the new iPad. Nevertheless, I managed to get my hands on one, and am continuing to put Apple’s newest miniature tablet through its paces. 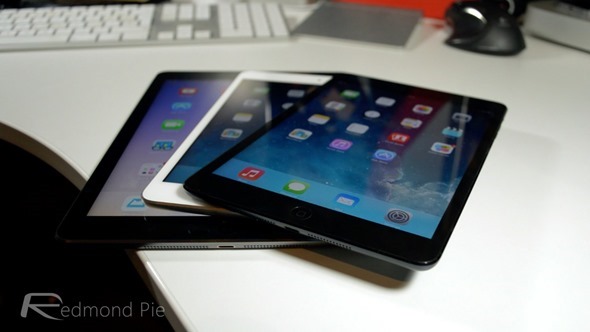 Obviously, the main selling point for this new iPad is in the title. The display of the iPad mini 2 is beyond belief for a tablet so small in size. A horizontal pixel count of 2048 by a vertical 1536: the result is a pixel density of 326 ppi, which matches that found on the iPhone 5 and 5s. The display is nothing short of fantastic – something which we’ve come to expect from Apple lately. It’s not an enormous improvement over the iPad Air, which packs a ppi of 264, but coming from the original iPad mini it’s like a dream come true. Text looks clearer, images look crisp and as the iPad’s main form of output, everything you do seems to present a better experience.

After watching the performance speed test component of the comparison below, you’ll notice that the experience feels better because it actually is better. The iPad mini 2 with Retina Display comes with Apple’s new A7 chip, complete with 64-bit architecture alongside the M7 coprocessor. In summary, it packs a serious punch for such a small device. Interestingly, the iPad Air – which contains the same A7 chip – is clocked at a slightly faster 1.39GHz, when compared to the mini’s clock speed of 1.26GHz. Whether this is to help save battery or something different entirely, I couldn’t tell you. It’s interesting that Apple is going with a proprietary clock speed for their newest tablet though. 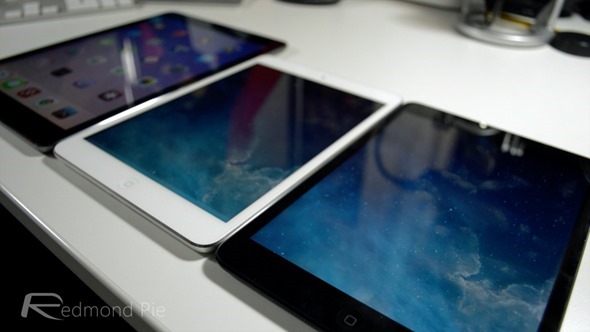 The upgrade which Apple has made to the iPad mini may seem incremental to a lot of new buyers or those willing to upgrade. After all, there’s no redesign to be found here. However, everything about this upgrade other than the physical design screams next generation. The performance upgrades along may be enough to sway certain consumers. When you throw in the fact that the display quality has improved beyond measure then the iPad mini 2 with Retina Display is definitely one mighty attractive package.