Dropbox is now at the center of so many of our digital worlds that it’s almost indispensible to many of us. Offering an easy way to sync files across multiple platforms is something that Dropbox has excelled in over the last couple of years, but its mobile apps haven’t quite done the business as yet.

With Apple’s big iOS 7 redesign and the ensuing rush to get everyone’s favorite apps updated to reflect the new design language, the face of iPhone and iPad apps has changed a lot in the last couple of months, and Dropbox is now getting ready to launch its own minimalist iOS app redesign. 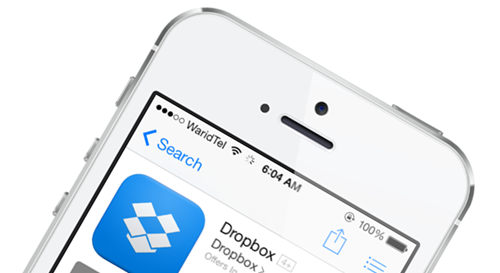 Dropbox was announcing its new Dropbox for Business changes today, but what caught the eye of many was the new app that was shown off at the same time. Looking very iOS 7-like and seemingly offering few big new features, the app hasn’t been given a hard release date by the Dropbox team as yet, but they did say that the new Dropbox for Business changes are set to go online later this month, so hopefully we’ll be seeing the new Dropbox app in the coming weeks, or maybe a little later than that if Dropbox doesn’t sway away from its plans for some reason.

Here’s hoping for some new features rather than an altered, decidedly more white interface this time around though. For one, we’d like to see background uploading of all our photos. Launching the app every once in a while to initiate an upload isn’t the most irritating thing in the world, but given iOS 7’s new multitasking features we’d love to see Dropbox take advantage of them. With third-party apps like Boxie champing at the bit to replace the official Dropbox app, the official app will need to stay on its toes if it’s going to preserve its place on our home screens. 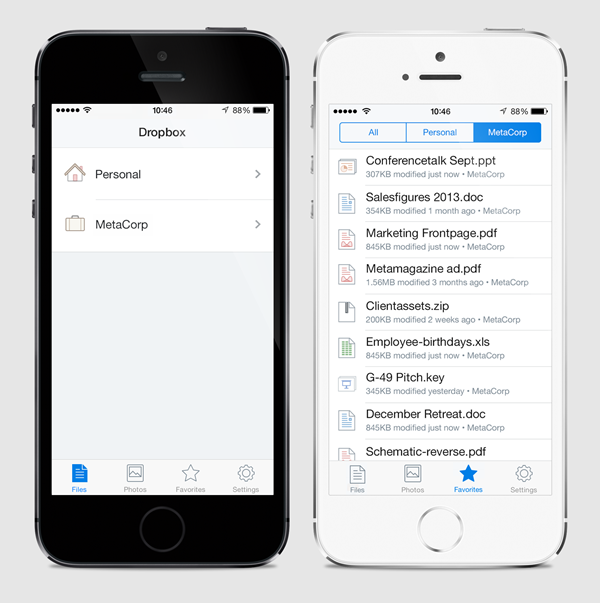 What do you make of the new changes which Dropbox has implemented on its app? Too much contrast, or do you think Dropbox should stick with its current design language for its mobile app for iOS? Let us know in the comments section below.