While the MacBook Air has garnered a strong following for its ultra-sleek design and form factor, the MacBook Pro remains a beautiful marriage of craftsmanship and high-end hardware. Recently, there’s been talk – since quashed – of the Pro following the motif of the Air in bringing a sloped shell, but despite not expecting such a design from Apple any time soon, that hasn’t stopped designer Guilherme Schasiepen from spreading his wings and teasing a truly marvelous-looking MacBook Pro concept.

I’m still undecided as to whether such beautiful concepts are a good thing. After all, they get us somewhat excited before the reality sets in that in actual fact, they don’t even exist. Still, when they look this good, it’s only right we pass them on for you guys to mull over: 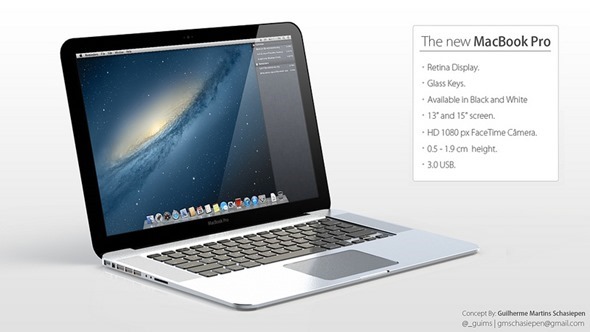 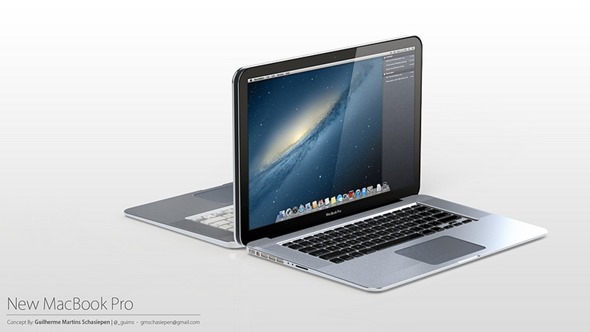 We can all dream, and Schasiepen has done exactly that with this particular concept, which is made up entirely of glass. Featuring a black and white model, it keeps the same trackpad as the current Pro, while also tantalizingly teasing the sleek, sloped shell which has not only been a popular feature of the Air, but has also been replicated by Windows OEMs with those opinion-dividing ultrabooks.

Back on planet earth, the new 15-inch MacBook Pro is still expected to be somewhat thinner than the current, but just not as dramatically and Air-esque as consumers would perhaps have hoped. Nonetheless, it still sets a new benchmark in terms of portability and thinness of a powerful notebook, which be aided – in part – by the suspected lack of an optical drive – something Apple has not-so-secretly been ousting for a couple of years now. 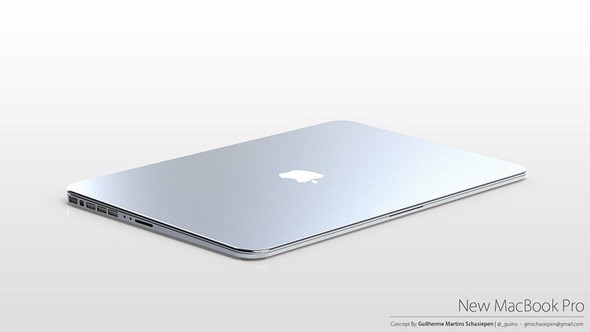 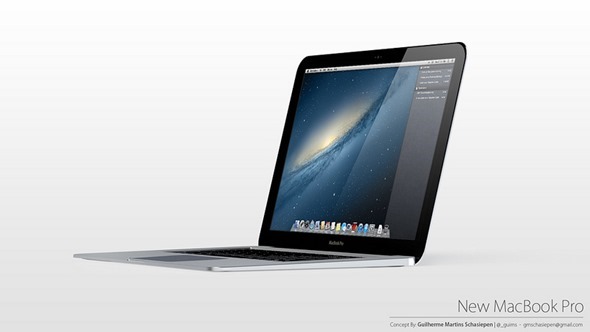 There has been much talk of a Retina display, featuring multiple Retina resolution modes, as well as USB 3.0, which would vastly increase the speed of sideloading, but nothing is yet set in stone. While some see Retina as the natural progression after the implementation on both the iPhone and iPad, others have questioned its necessity on a unit already boasting sharp graphics.

With WWDC’12 on the horizon, we should know more in the very, very near future regarding specifics, so until then, grab yourself a coffee, milkshake (or whatever your desktop poison may be), and feast your eyes on Schasiepen’s beautiful renders.

[Thanks, Schasiepen for the hat tip]