One of the biggest reasons I, and a lot of other Android users, would want to root their smartphones and tablets, and install a custom recovery, is the ability to take nandroid backups. The stock Android recovery console allows you to only either wipe data/factory reset, or to install legitimate, signed ZIP updates for the Android operating system. Custom recoveries offer you so much more, one of which is the ability to back up all the partitions – system, data, cache et al – which lets you restore the device to the state it was originally in.

While nandroid backups are immensely useful for those who continually mod their devices and attempt to play with the operating system as much as they want, the only issue with them is when you want to partially restore something from the backup. Since a nandroid backup can only be restored from a custom recovery in its entirety, it isn’t of much use if you want to take out only, say, one particular app with the data within. One option is to use Titanium Backup or any of its alternatives, but most ROM developers advise against restoring data on a fresh installation, especially if its an AOSP-based firmware. In such cases, Nandroid Manager can really help you.

Nandroid Manager is a new app from XDA member H3R3T1C that allows you to “view, explore and edit your nandroid backups.” The app will allow you to manipulate nandroid backup files and take out any piece of data that you want, among certain other useful features. 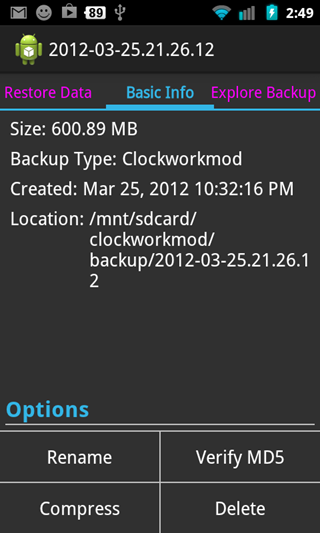 The app is currently in alpha stage, so the stability and reliability cannot be guaranteed. However, general feedback suggests that it works just fine for most users. As of now, the feature set includes: 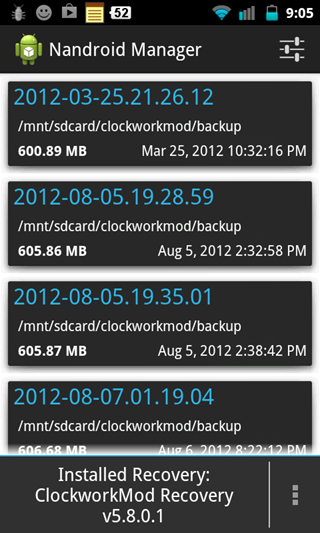 The supported backup file types are:

As of now, the app supports nandroid backups taken through ClockworkMod Recovery v5, with v6 coming really soon, and Team Win Recovery Project (TWRP). Additional features coming in future releases include restoring data and apps, settings and other items from backups, and conversion of one recovery’s backup to another (say, from TWRP to CWM and vice versa). 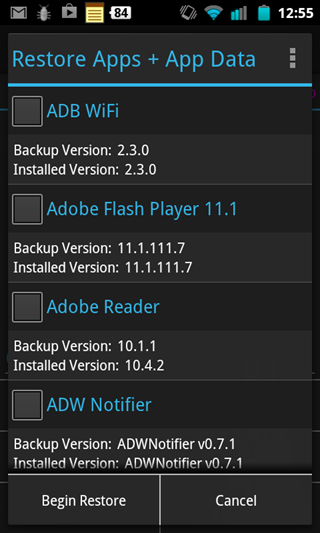 The developer is actively improving the project, so expect a lot more to come in near future. Nandroid Manager isn’t available as of yet on Google Play Store, so you may want to head over to the XDA Developers source link below to download the APK and play around with it.