RazerGo App Lets Pokémon Go Players Chat With Each Other

As Pokémon Go continues to grow and infiltrate additional countries and territories, so does the secondary market for third-party apps that attempt to capitalize on the successes of the game.

We’ve already seen apps that use crowdsourced information to try and plot locations of rare and hard to find Pokémon, as well as PokéStops and Gyms, and now gaming hardware company Razer, is also looking to appeal to the Pokémon Go user base by launching a chat app and web service that lets gamers communicate directly with one another. 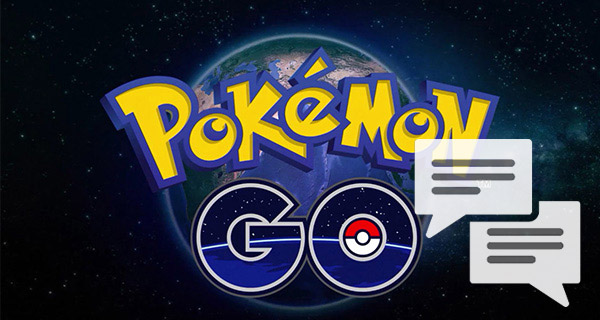 Rather than showing static or dynamic maps with locations of Pokémon or Gyms, Razer is looking to take a different route by putting in place features that facilitate conversation between gamers involved in the world of Pokémon Go. The initial website and service will look to go live today at 10PM ET at go.razerzone.com, with accompanying mobile apps for iOS and Android submitted to the relevant app stores with a view to being officially available this coming July 25th. Of course, that’s subject to approval from Apple and Google.

From a feature perspective, the RazerGo app and service will allow gamers within a radius of 3, 60 or 600 miles to instantly begin communicating with one another. That communication will take the form of one-on-one messaging very much like we are used to with other apps and services that allow private communications.

Additionally, Pokémon Go gamers will be able to join a larger group chat with gamers from various locations, or even talk to people who are part of the same team. Future expansions for the platform include the ability for users to drop a beacon that would open a chat room to users that are near the location of the dropped beacon.

This particular app isn’t the first third-party solution that looks to try and make a buck or two off of the success of Niantic Labs’ Pokémon Go title. We have already seen a number of apps spring up on app stores, as well as a number of websites, that look to offer some tangible functionality which could assist players in finding and catching as many Pokémon as possible. It’s likely that more and more will continue to appear as Pokémon Go continues to dominate globally.