Razer Phone 2 Is 50% Off For Prime Day 2019, Offers A Stunning 120Hz Display For Ultra-Smooth Gaming

Amazon is blowing the minds of Prime Day shoppers by offering the Razer Phone 2 for just $399.99 shipped. Yes, you read that right, $399.99. Shipped! This hardware has been known to sell for $799.99 and is regularly snapped up for $599.99, which makes this an incredible Prime Day saving.

This is one of those smartphones that may not be on everyone’s radar. It definitely isn’t as popular and mainstream as something like the Apple iPhone XS Max, or a new Samsung Galaxy S10. It’s basically a smartphone on steroids which has been designed to offer an unparalleled experience from a media and gaming perspective. In fact, it’s regularly referred to as “the flagship gaming phone,” and you definitely won’t see a line of contenders queuing up to put their device head-to-head with it.

From a technical perspective, the device offers an internal Qualcomm Snapdragon 845 processor which is an improvement over the Snapdragon 835 which was in the original Razer Phone. It comes with a 120Hz Ultramotion Display and dual front-firing speakers to truly give an immersive audio experience. Unlike the original model, the Razer Phone 2 is also offering a vapor chamber cooling experience which is unique to this device as well as wireless charging. The wireless charging isn’t exactly revolutionary but it is a direct improvement over the earlier model. 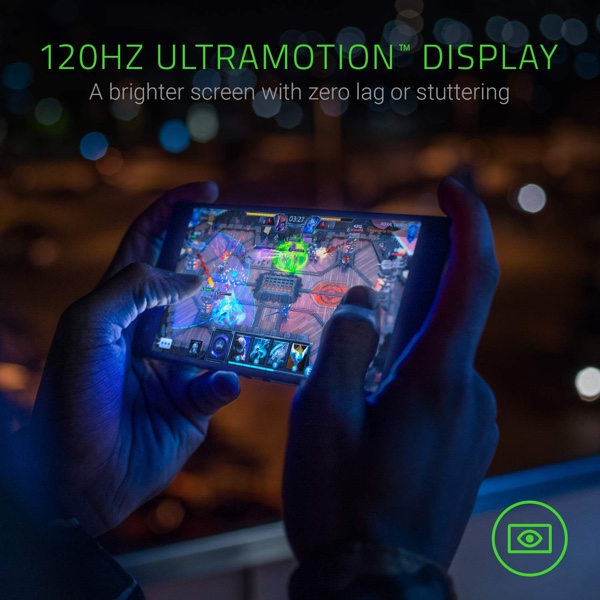 The device also looks gorgeous. The large display dominates the front of the hardware, which you would expect considering this machine is stunning for gameplay and media. The back of the hardware has a glorious illuminated Razer Chroma logo, which can be found right below the upgraded dual camera system. From a media perspective, the phone also supports Netflix HDR and 5.1 Surround Sound, offers Cortex as a single location for launching games, and it’s even water resistant in case you ever find yourself in the position of wanting to play dangerous games around water. But let’s be honest, the fact that it comes with a “vapor chamber” system designed to keep the device operating optimally is reason enough to invest.

Grab it right now from the link below before Prime Day ends and the price rises.