Fans of PlayerUnknown’s Battlegrounds, better known as PUBG, will be able to play a new game mode soon, called Event Mode, which will offer temporary changes to the gameplay that everyone knows and loves.

The developer behind the game describes the new Event Mode as a “periodically changing preset Custom Game where we will be trying new things and experimenting with different game parameters.”

This means that anyone playing Event Mode will be taking part in matches that include new content or alterations to game mechanics that will not be available in other modes and importantly, will only be in place for a limited period of time.

Kicking things off, the developer says that the first version of Event Mode will be a simple affair in order to allow testing of the new system to take place. Once it kicks off, the first iteration will allow teams of up to eight players to battle it out, with the rifle drop rate also doubling as part of the test. 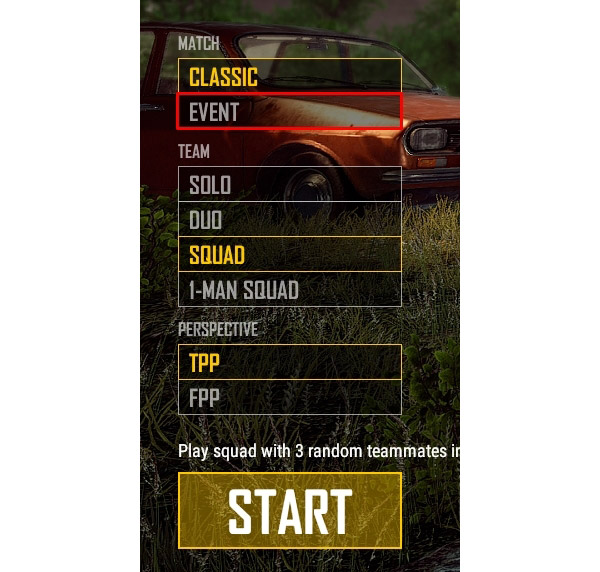 While the changes this time around are far from huge, it’s important to remember that this is being put out for testing purposes with bigger changes surely coming in due course.

The first iteration of the Event Mode will be a very simple one, as the system was only recently put together and we need to test the basics first.

This week you will be able to play with up to 8 players in a team and the rifle drop rate will be doubled. We know it’s not a huge change from the public matches but as mentioned above, this is just to get things rolling. The future of the Event Mode holds exciting things!

The developer also confirmed that anyone who owns a copy of PUBG can get in on the Event Mode fun, with a new option appearing for it within the Match portion of the game’s menu system. Event Mode should be heading to the live server soon.