Sony’s eight-generation PlayStation 4 is a wonderfully powerful and highly-capable piece of hardware but don’t you sometimes just long for a small piece of yesteryear?

Obviously, you don’t want to let nostalgia get in the way of performance and processing power, and you don’t actually want to get rid of the PlayStation 4 for an earlier model, but you can take a walk down memory lane to the days of PlayStation 2 thanks to the new “Legacy” theme offered by Sony and Truant Pixel. 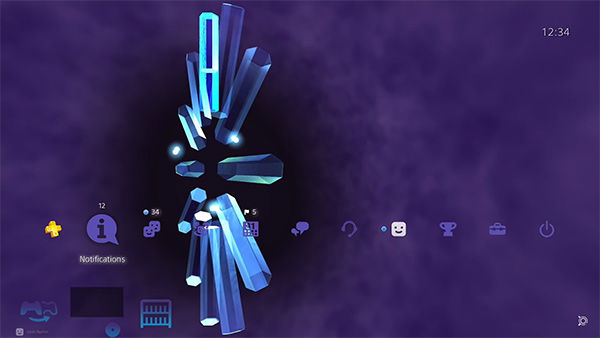 The “Legacy” theme will be made available for purchase and download on December 6th as part of a joint effort by Sony and Truant Pixel, and it’s immediately evident that this isn’t just a hastily thrown together theme which looks to try and mimic what was happening visually on Sony’s PlayStation 2. In fact, the developer behind the theme, Truant Pixel, claims to have spent the better part of two years working with Sony U.S. and Japan to perfect the theme, and to make sure that it really represents the beauty and artistic excellence which was shown with the PlayStation 2 UI and boot sequences.

When you see Legacy in action, you immediately get a sense and understand as to why it’s been in development for so long. The creation includes the iconic PS2 boot chime, the stunning seven glowing orbs which follow the menu items along the screen, and even the amazing crystal clock makes an appearance which shows the correct time as defined by the system.

The only thing missing with the replication is the original PlayStation 2 logo which couldn’t be included due to licensing issues. Instead, Truant Pixel have reworked the existing PlayStation 4 logo to try and make it look as though it’s from that era.

One of the things here is that this theme may be a throwback to what was happening visually on PlayStation 2 but it’s a beautiful modern throwback which doesn’t compromise the fact that it’s running on today’s technology. As previously mentioned, the Legacy theme will be released this coming December 6 at a cost of $2.99 and will immediately bring some of that wonderful PlayStation 2 detail to the modern PlayStation 4 console on 1080p, 4K, and OLED displays.