Prototype Of GlassUp Shown Off At CES, A Worthy Competitor To Google Glass

Google Glass may have been one of tech’s main talking points over the past 18 months or so, but it is by no means alone in its quest to introduce face computers to the fore. In fact, one of its main competitors, GlassUp, is busily showcasing its first prototype at CES this week, and although it doesn’t have the kind of resources of the Mountain View-based search giant, its efforts are certainly impressive nonetheless.

We use the term competitor to describe GlassUp loosely, for, although the device hopes to take on the might of Google Glass when it eventually does hit the market, you feel that there’s quite a lot of real estate between now and then. 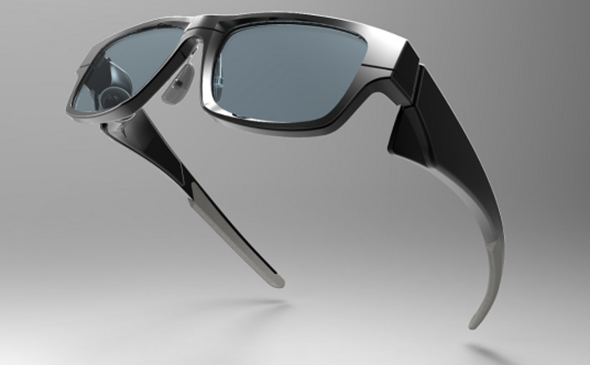 GlassUp is a small company based in Venice, Italy, and although its product is far from the finished article, its CEO seems buoyant as he shares his passion and ambition for the gizmo among CES attendees. Affectionately describing Glassup as a "sort of cyborg" in discussion with VentureBeat, Chief Executive Francesco Giartosio envisions his product as a genuine alternative to the heavily-lauded efforts from Google.

Although the name suggests that GlassUp is little more than an opportunistic copycat development, it’s worth noting that Giartosio actually got to work on GlassUp prior to the Big G’s announcement of Project Glass, and although Google has luxury of a large team to help Glass meet deadlines and progress at lightning speeds, GlassUp still shows more than a few signs of potential. 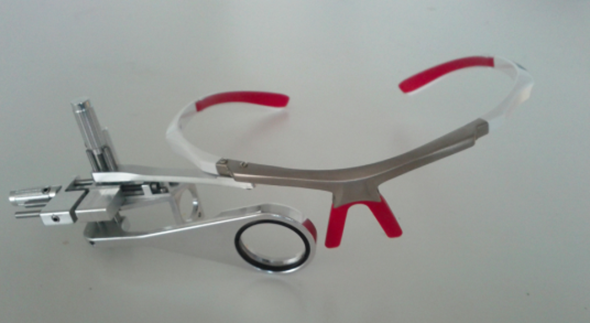 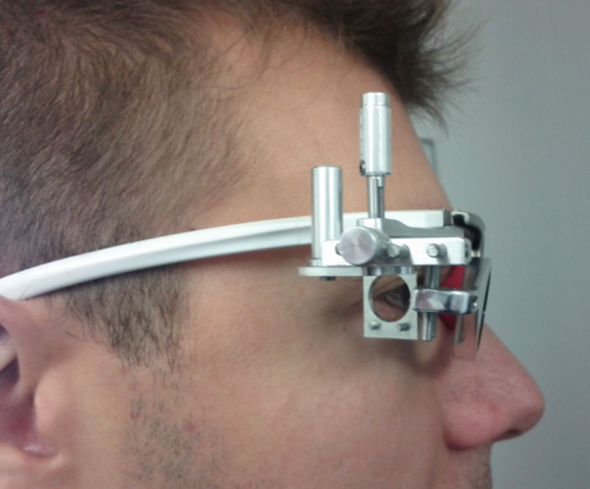 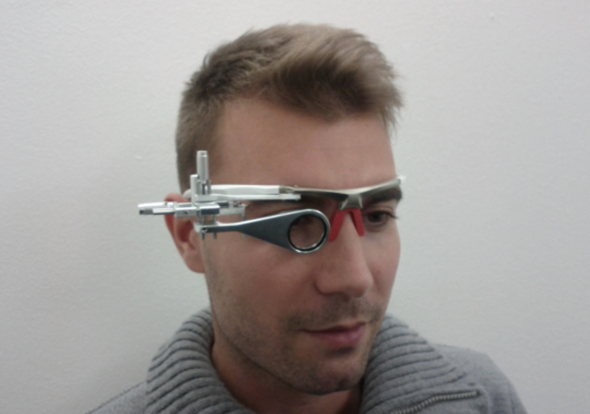 Although the GlassUp team has aspirations of creating smart glasses for the fashion-conscious, this goal is simply not atop the agenda just yet. The company aims to get the technology to a refined and consumable state, at which point, it hopes to find a niche ahead of Google Glass by catering to those of a more stylish disposition. 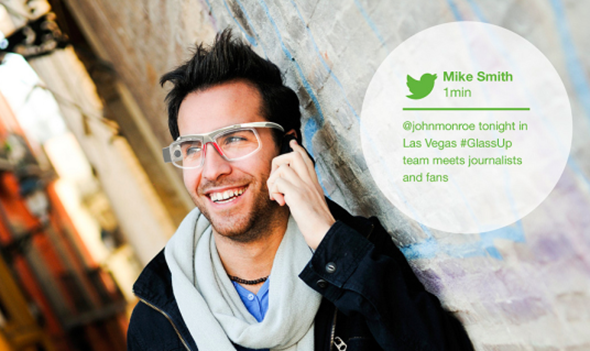 As for GlassUp itself, the current prototype can be seen below, and one really noteworthy feature is the fact that it is resizable, so as to fit those with larger or smaller-than-average heads.

Considering that GlassUp’s roots stem from a $100,000 IndieGogo campaign, things appear to be moving along nicely. With a target price of $399, consumers will be able to get their hands on GlassUp for considerably less than they would pay for Google Glass, but despite the enthusiasm of the company behind it, one suspects that the experience will also be vastly inferior to that of Google’s.