iOS 7.1 beta 3 download links have just been seeded to developers. As ever, there are bug fixes and some UI tweaks, and we’ve got all of the key details right here for you below.

Apple was beginning to draw criticism from commentators and users alike for the rather mundane manner in which each new iOS release seemed to fumble out of beta and into the mainstream. It wasn’t as though the user experience wasn’t being enhanced, but the differences between each version weren’t nearly reflective of the continued improvements to the devices themselves, and everything had become a little ‘samey.’ 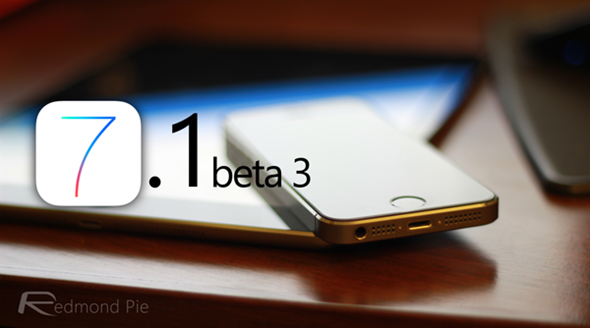 iOS 7 has certainly stepped things up a gear, and as well as the obvious improvements and alterations to the general user interface, the latest and greatest firmware version offers easily the widest array of general improvements to the user experience, as well.

Since iOS 7 made its first appearance back in September, there have been a number of minor updates, but iOS 7.1 promises to be the first truly significant release. Having been in development for some time now, the third beta of iOS 7.1 has just been made available to those tethered to Apple’s Developer program, and can be obtained via the usual channels.

As far as changes go, there are a number of key changes. The iOS 7.1 beta 3 brings your usual housekeeping updates over the second beta, so once you’ve downloaded and installed it, expect your usual bug fixes and performance enhancements as iOS 7.1 approaches prime time. Additionally, Apple has made a number of UI changes in this latest developer beta, including slight design change in keyboard, slide-to-power off button, new dialer in phone app, tweaked app icons for Messages, Phone & FaceTime and more. We will have a detailed overview of all these changes in a separate post soon.

Considering that we’re three betas in, it shouldn’t be too long before iOS 7.1 is ready for the end user. As soon is it becomes available, we’ll have all the information right here for you, so be sure to stay tuned to our coverage here at Redmond Pie.

Update x1: Currently only available as OTA download for those already running beta 2 of iOS 7.1, the direct download links will be up on iOS Dev Center soon. 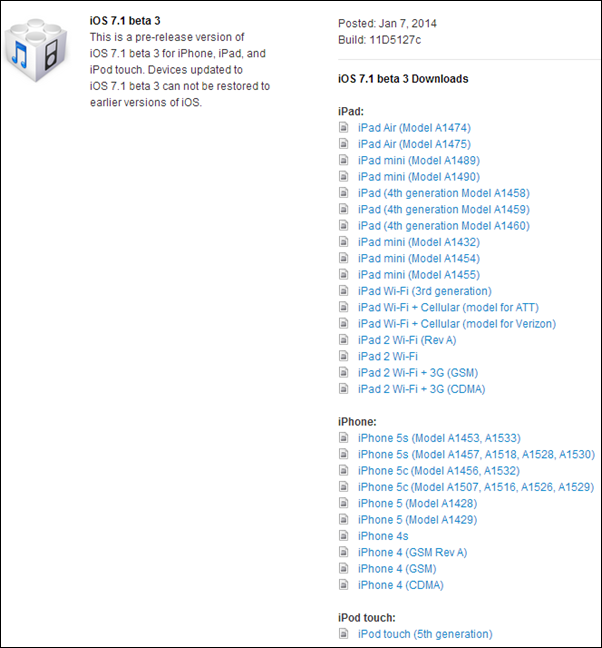