The deals just keep on coming, and this time as part of the President’s Day festivities the folks at Amazon are offering not one, not two, but three Xbox One X deals that you’re going to want to take a look at.

All three deals represent some substantial savings, and we’re pretty sure you can’t really go wrong with any of them. Each of the three Xbox One X deals that are on offer come with a controller and a game bundled in, as well as that Xbox One X that you’re going to need to enjoy it all with its full 4K-gaming capabilities. All of the games on offer are going to take advantage of the awesome 4K+HDR power the Xbox One X has on tap, and there’s a lot of that to go around.

We’re not sure which would choose, although that decision for you will probably be made on whether you’re a fan of the battle royale games or sports. If you’re a Fallout fan then you’re no doubt already clicking the package that includes a free copy of Fallout 76, complete with its online escapades. 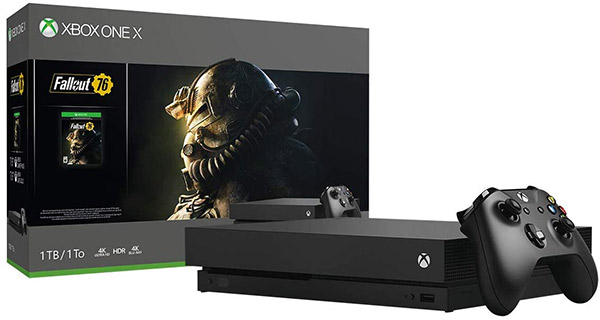 We’ve huge fans of the Xbox One X, and we know you guys are too. Anyone looking to pick up a bargain console, perhaps upgrading from an older Xbox – now is the time.