Sixty seconds seems like a relatively small period of time, if you asked me what I believe I could achieve in a sixty second time frame I would probably admit to it being not very much. So just what does happen around the world in one single minute? 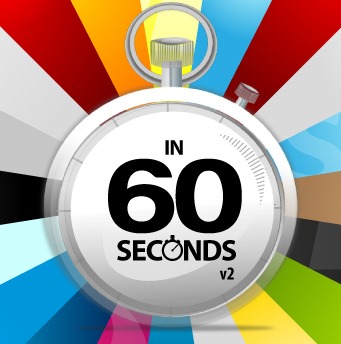 Web design company Go-Gulf.com has produced a fact packed infographic which will totally change what you believe is possible within such a minuscule time frame. The report and infographic, which comes via a BGR article contains some quite mind blowing statistics outlining just what takes place across various platforms and within certain companies in a sixty second period.

So you want the statistics? Well I like to think i give the public what they want so prepare to be amazed. The figures and data below may seem unbelievable at first glance but show just how important electronics and digital media have become in our lives. Within sixty seconds, the following will happen:

If you are anything like me then some of the statistics above will be very surprising indeed. A selection of them you may have been able to predict, and a couple of them are just plain worrying in all honesty. I have never personally seen the attraction of Farm Ville, but 1100 acres of land being virtually farmed every waking minute seems to indicate that the world has a high number of productive virtual farm hands.

One entry which does make me smile is the amount of Apple iPhones being sold every sixty seconds compared to Blackberry devices. In fact, Apple are nearly selling as many iPads as RIM are selling BlackBerrys.

Any of the sixty seconds stats jump out and surprise you?