One of the really interesting things about the release of a new jailbreak supporting previously unsupported firmware is that you almost instantly get an appreciation of which tweaks, extensions and packages are still being actively worked on and supported by developers involved in the community.

It’s only natural that the updating of iOS will inevitably break some jailbreak packages as Apple makes internal tweaks to the platform, but it’s extremely interesting to see if developers react to those breaking changes, or simply abandon their packages, leaving users without their favorite jailbreak tweaks. 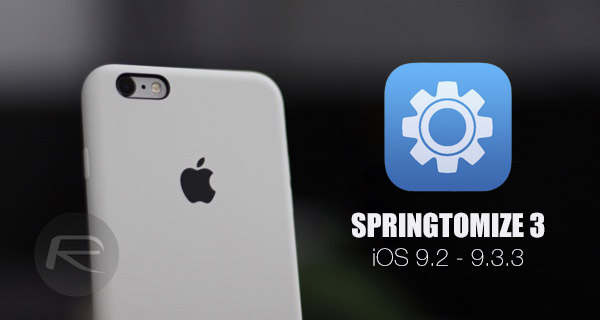 One of the most popular packages for jailbroken devices has to be Springtomize 3, which previously offered support for iOS 7, iOS 8 and early versions of iOS 9 in one form or another, so it won’t come as a surprise that it has now been updated with iOS 9.2 – 9.3.3 support.

We’ve covered the Springtomize package quite extensively in the past, which is hardly surprising given that it not only offers fantastic features to owners of a jailbroken device, but has been one of the most widely supported tweaks for the last three years. In fact, the original Springtomize actually dates back to offering support for iOS 5 and 6, which shows just how valuable this particular tweak is.

The current incarnation of the package – Springtomize 3 – has also been updated with a number of bug fixes that have been identified in previous versions, and of course brings immediate support for all of the new devices being jailbroken on Apple’s latest public firmware. Those fixes include an issue with hiding Status Bar icons, as well as an animation bug fix that solves an issue when the device is put into “wiggle” mode. The developer behind Springtomize 3 has also fixed a persistent bug that only makes itself known on the Dock when the device is put into landscape mode. 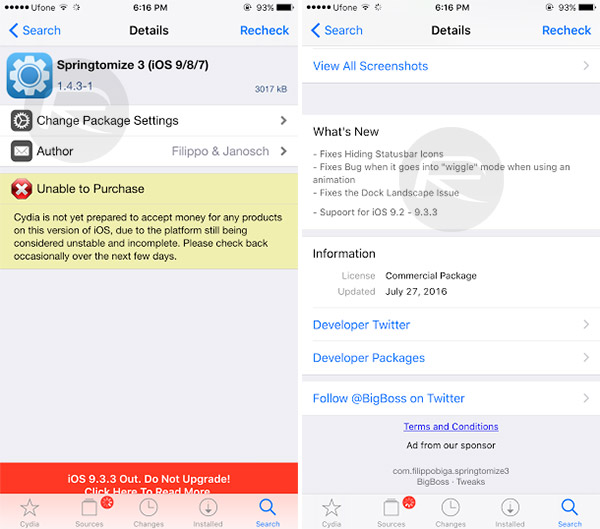 It’s fantastic to see one of the most widely used commercial tweaks for jailbroken devices once again getting an almost immediate update and support for the latest jailbreak on the latest firmware. However, there’s a slight catch; with Cydia currently not supporting purchases on iOS 9.2-9.3.3, those looking to grab the tweak for the first time will have to wait patiently till Saurik enables the purchase function. However, those of you who have already purchased the earlier version of Springtomize 3 for the iPhone or iPad, can grab the updated package right away.

We can all now sit back and hope that Springtomize 3 continues to grow with the addition of any new features or functionality that would directly benefit jailbroken users. The latest version of Springtomize 3 is available on the Big Boss repository in Cydia.