When it comes to iOS customization, one name immediately springs to mind and that, if you pardon the pun, is Springtomize. Having been around since the iOS 4 days with updates arriving with each new major release of iOS ever since, Springtomize 3 was originally released when iOS 7 made its debut a couple of years ago. Last year saw an update to bring iOS 8 support to the tweak, followed by one for iOS 8.1.1, then iOS 8.4, and now we have another update bringing, you guessed it, support for iOS 9.

Available to download for $2.99 or as a free update if you own one of the earlier releases, Springtomize’s latest compatibility release can be had via the BigBoss repository inside Cydia, and if you do decide to download it, then you won’t be disappointed. 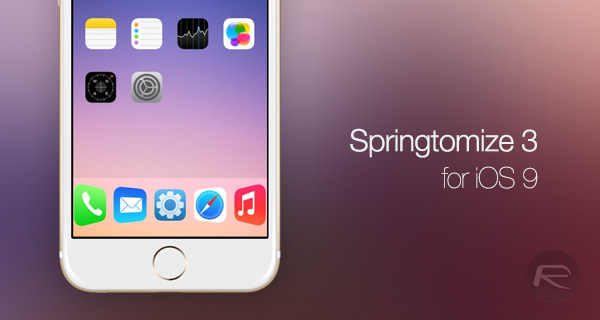 Just as with all previous versions of Springtomize, this new release allows jailbreakers to modify the appearance of iOS in all kinds of different ways, with just about every aspect of the iPhone and iPad operating system able to be picked at by those willing to spend a little time tweaking things to their liking, from icons and folders on the Home screen to the Dock, Control Center, Lock screen and status bar. What we particularly like about Springtomize is the way the tweak explains what each toggle and setting does, so those making changes know exactly what to expect when making selections. When you have as many options as Springtomize offers, knowing exactly what they all do can be a vitally important aspect of the tweaking process. 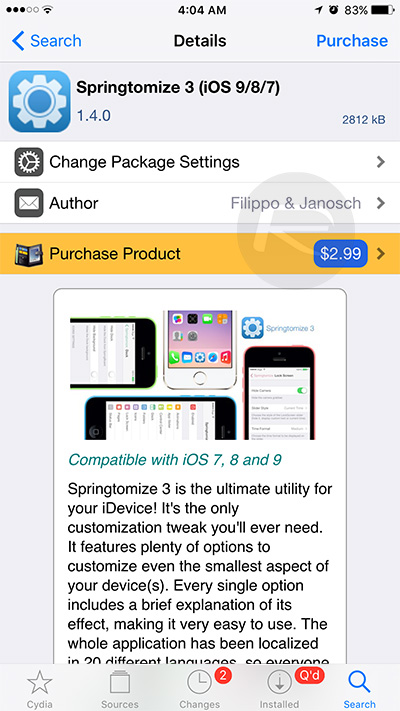 If you’re a long-time jailbreaker, then the name Springtomize will be far from new to you, but even if it is, we suggest getting it downloaded or at the very least, checking it out in Cydia. We’ve been fans of Sprintomize for a long time, and version 3’s updated support for iOS 9 just means more people can enjoy it. That’s always a good thing. 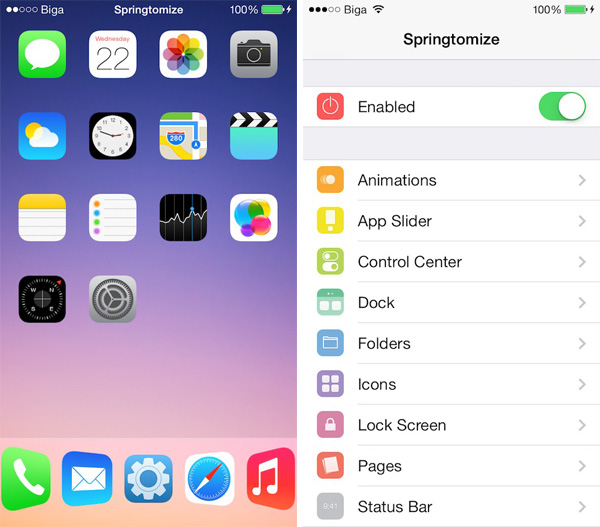