Now that there is an iOS 9.3.3 – 9.2 jailbreak available for all to enjoy, that’s exactly what is happening. Even though iOS 10 is just around the corner – well, two months away – there is still a lot to be gained by jailbreaking iOS 9.3.3 and installing all of your favorite tweaks.

Unfortunately though, the jailbreak by Pangu Team for the latest version of iOS has one potential problem, and it results in a nasty error when using Cydia. 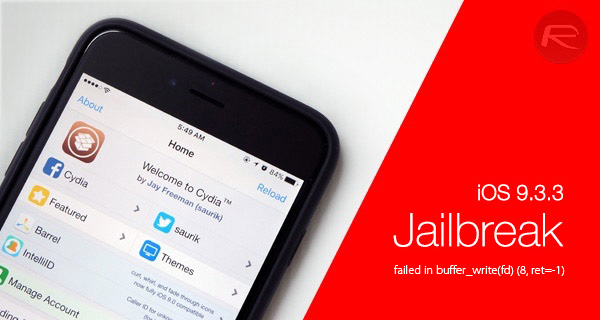 As anyone presented by Cydia with somewhat cryptic “failed in buffer_write(fd) (8, ret=-1)” error will attest, being jailbroken but not having proper access to Cydia is no fun at all, which is why a fix was always going to be made available sooner or later. Well, it’s here now, and it’s very easy to implement. So, without any further delay, here’s what you need to do to fix Cydia error “failed in buffer_write(fd) (8, ret=-1)” after jailbreaking your iPhone, iPad or iPod touch running iOS 9.3.3 – 9.2 firmware using Pangu:

Step 1: On your already jailbroken device, launch the Cydia app from the Home screen and then switch to the Sources tab from the bottom. 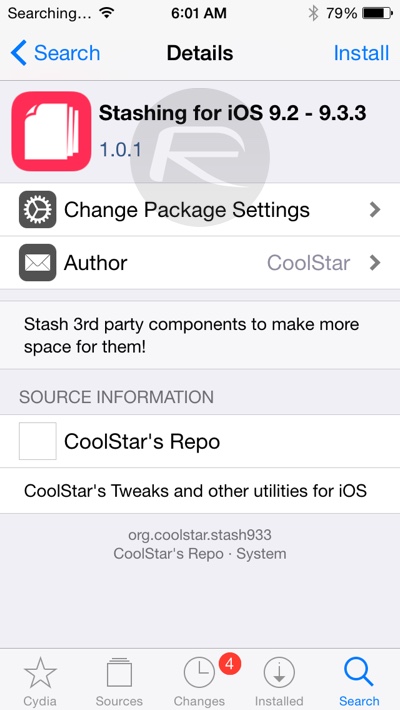 This tweak/patch basically takes over the handling of where tweaks are installed on the device in order to get around existing issues with the size of certain data areas on iPhones/iPads with specific storage capacities.

With this “Stashing for iOS 9.2-9.3.3” tweak installed, Cydia will install tweaks on the iPhone’s or iPad’s data partition, saving valuable space in the process. Magic!

This should hopefully get you up and running nice and quickly, so be sure to enjoy your jailbreak!

If the above method doesn’t fix your problem, try the following:

Step 1. Install Apple File Conduit “2” on the device from Cydia.

Step 3: Launch iFunbox. From the left column where your connected device is shown, click on Raw File System.

Step 5: Once done, disconnect your device from computer and open Cydia, it should start preparing file system this time.

You can do the above with iFile too instead of iFunbox if you have iFile installed on the device.

Update to the latest version of Cydia Substrate with fix for stashing issue on iOS 9.3.3.