Individuals with a keen interest in the comings and goings of the consumer technology world, and specifically those who love the smartphone arena, would have likely been expecting this one. Apple took the initiative earlier this week in releasing iOS 9.3.4 without any prior warning.

Rather than pushing out multiple betas to developers and registered testers, as is normally the process, the Cupertino-based company simply made iOS 9.3.4 public, mainly to patch iOS 9.3.3 Pangu Team’s jailbreak on it as quickly as possible. 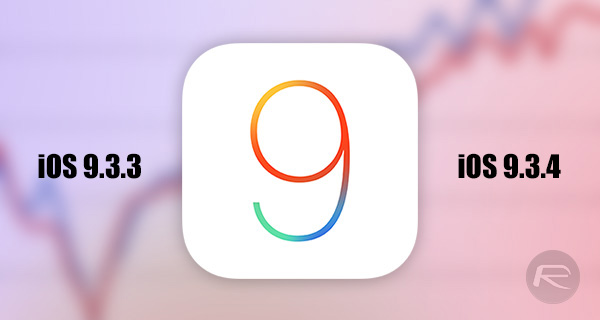 As you might expect from a point release like iOS 9.3.4, it doesn’t actually contain any outward-facing changes that the user can interact with. Instead, the update has been released with security in mind, and more specifically seems to simply close the loopholes and vulnerabilities that Pangu Team had previously used to release an iOS 9.3.3 jailbreak on 64-bit devices. iOS 9.3.4 does that job extremely well, but does it actually bring anything else with it, such as small but notable performance improvements?

Unsurprisingly, we find ourselves amidst some familiar comparative speed/performance test videos on multiple devices to find out the answer. To make the tests as scientifically and accurately as possible, iOS 9.3.3 was ran against iOS 9.3.4 build 13G35 on multiple iPhone models to try and find any improvements. All the devices used have been fully restored to a stock version of the platform with the exact same backup installed onto them.

The iPhone 4s may have had similar boot times across both firmware versions, but it looks as though iOS 9.3.4 is ever-so-marginally quicker when it comes to launching certain apps, although when things go into memory, iOS 9.3.3 seems to quickly catch up and make up for those milliseconds. Check out the videos for yourself across all devices. Does iOS 9.3.4 make a noticeable difference on your own device?