The latest Pokemon Go++ 1.15.0 and 0.45.0 hack for iOS and Android is now available to download and install with immediate effect. Here’s what you need to know.

Those with a keen and impassioned interest in the world of Pokémon Go will by now have come to rely on us here at RP for all of the relevant information, including what’s new in upcoming versions. Of course, as you would expect, we’re here once again to tell you how you can elevate your Pokémon catching prowess to the next level with the help of Pokémon Go++.

Seasoned Pokémon Go gamers will understand what the Niantic Lab experience is all about. An amazing blend of standard gaming mixed with augmented reality ensures that Trainers have to get up and out of their seats in order to traverse the real world looking for rare and uncommon Pokémon that may appear in the local environment at any time.

There are also a ton of other things to collect and store to assist with catching those Pokémon, such as potions, eggs and Poke Balls, all of which appear at PokéStops along the journey. For those that simply live and breathe the Pokémon way of life, Pokémon Go++ is a great way to get to that next level and separate yourself from your peers almost instantly.

So, just what exactly is Pokémon Go++ we hear you ask? Well, the latest available version is a fully modified version of the latest release by Niantic Labs, which means it is the 1.15.0 (iOS) and 0.45.0 (Android) binaries that have been modified, taken to the next level, and ultimately released into the world to be installed on devices around the globe outside of the standard app store environment. That means that not only do gamers get all of the modified gameplay and features that are included as standard with Pokémon Go++, but also the new features introduced by Professor Willow, such as daily bonuses that will instantly increase XP and Stardust, as well as increased bonuses until November 11th. 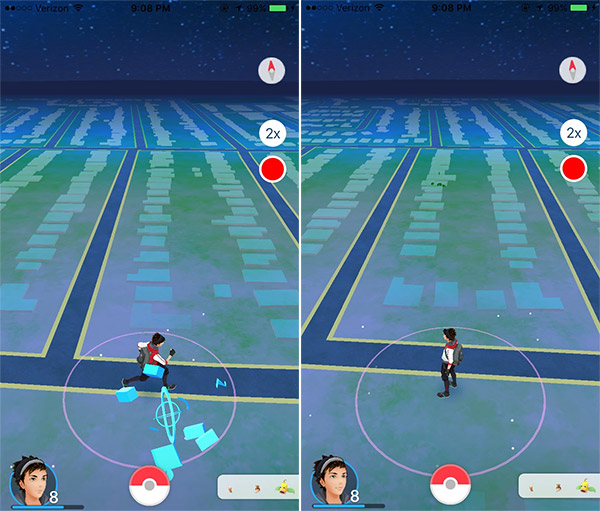 If you’re an Android device owner, then you can use our previous guide on how to get the modified version of Pokémon Go on your device. Just make sure you use 0.45.0 version of the official app from Play Store when following that guide.

And of course, if you choose to let Apple and iOS handle your smartphone or tablet needs, then you can find out exactly how to get Pokémon Go++ up and running without the need for a jailbreak here. Just make sure you grab the latest 1.15.0 version of the IPA file from the link below when following that guide.

Be warned that Niantic Labs is constantly looking to detect such ‘cheating’ behavior, and as such this makes account of those using such hacks susceptible to being suspended for a time, or even blocked for an indefinite period. Proceed at your own risk only.