Plex Is Testing Integration With The Apple TV App

Media app and streaming company Plex has begin testing a beta release that includes support for the Apple TV app.

That means that users will be able to watch Plex content via the TV app on their iPhone, iPad, and Mac. Not to mention the Apple TV, of course. 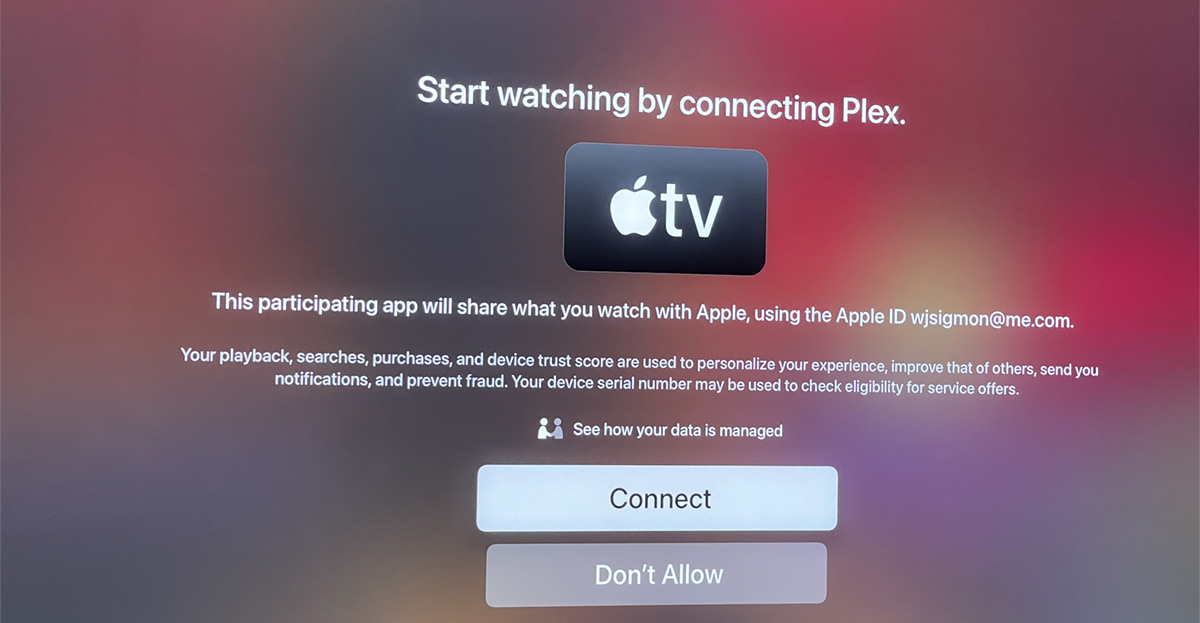 The TV app is fast becoming the go-to place for content on Apple devices. Not only is it where Apple TV+ can be found but also content bought and rented via the iTunes store.

Streaming companies also make their own content available – and searchable – via the app’s Channels feature.

According to the folk at 9to5Mac, Plex is now testing the TV app integration via its latest TestFlight beta. When Plex is connected with the Apple TV app, this is the prompt read on the screen:

This participating app will share what you watch with Apple.

Your playback, searches, purchases, and device trust score are used to personalize your experience, improve that of others, send you notifications, and prevent fraud.

It’s likely that Plex is considering allowing users to stream its content via the TV app, rather than content that they host on their own Plex servers. However, there’s no real way of telling right now because we can’t get in on the Plex TestFlight – the current program is full for now.

We’ll be keeping our eyes peeled for more information as the beta winds on.