Planning To Play Crysis 3 On Your PC? You Might Want To Consider A Serious Hardware Upgrade

Scarcely does a product get hyped and lauded more so than does a PC game release, and although the upcoming Crysis 3 will be launching on both the PlayStation 3 and Xbox 360, it’s the PC gamers that would consider themselves the most hardcore. In preparation for the title, which is powered by that Crytek CryEngine3, gamers have been bracing themselves for the inevitable spec requirement bump, and with Electronic Arts having just released the details of what kinds of standards your rig will need to meet, let’s just say you’ll definitely need to put mommy’s Compaq to one side for this one.

Crysis – as many gamers and non-gamers will be more than aware – has been used as the de facto test of a computer’s graphical performance. If it can run Crysis smoothly, it’s considered a worthwhile endeavor, and since the third in the Crysis series will naturally be even more resource-hungry than the last two, that tested PC will need to be even more powerful than ever to deal with one of the most graphically-intensive titles ever to release. 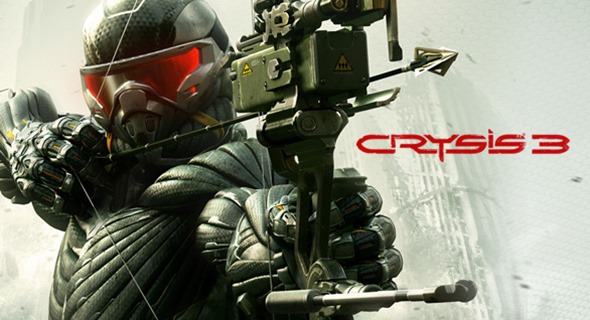 The great thing about gaming on a PC is the ability to push limits. One can yield a solid performance on an Xbox 360 or PlayStation 3, but both consoles are ageing, and the hardware within them is reflective of their longevity in the market. if you were planning on upgrading your PC in time for the release of Crysis 3, EA has given plenty of grace – two month’s worth, in fact – so you have no excuse for not getting that extra ram or updating your graphics card.

Of course, if your PC already has one of the best video cards, double figures of RAM – the whole caboodle – then you’re part of the elect group of people with a "safe" setup ready to rock with the upcoming Crysis release. Those of you who haven’t been on Newegg in a year or so may find yourselves wanting to pick up a few items to improve their overall computer specifications, because unless your PC meets the standards, you won’t be enjoying any of this all-action FPS. 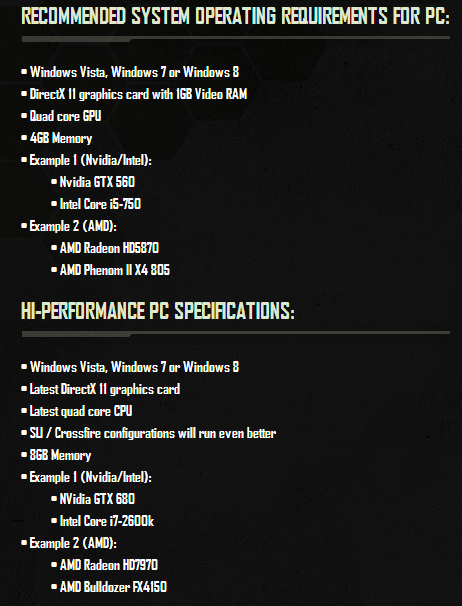 At a bare minimum, you will need a Vista / Windows 7/8 PC with a DirectX 11 graphics card and 1GB Video RAM. A dual-core processor is also the very lowest you’ll get away with, although its recommended you have a quad-core CPU for decent overall graphics performance. You’ll need a minimum of 2 GB RAM (3GB on Vista), but you don’t need us to tell you that, in an ideal world, you should be looking for at least 4 GB, and EA recommends as much.

If you really want to enjoy Crysis 3’s awesomeness to the max, the quad-core CPU, most recent DirectX graphics card and 8GB of RAM are recommendations set by EA, and considering what we’ve seen so far of the title, it’ll certainly justify that little additional expenditure.